Marine archaeologists that have been exploring a sunken ship from the 15th century have found a navigation device that was used more than 500 years ago. The device was just one of 3,000 items that were brought back from the Esmeralda shipwreck in 2014. The Blue Recover Team has been studying a variety of treasures that they have captured from a rare shipwreck off the coast of Oman. The navigation device could well be the oldest navigation device ever found. 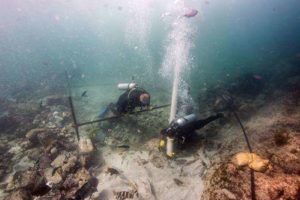 According to archaeologists, they said that the device was an astrolabe, an ancient instrument used by Renaissance navigators to measure the altitude of the sun. These measurements helped in navigation, especially out in the open sea. According to reports, the navigation device was recovered from a ship that had been part of a fleet led by famous Portuguese explorer Vasco de Gama. De Gama was the first explorer to navigate his way from Europe all the way to India. 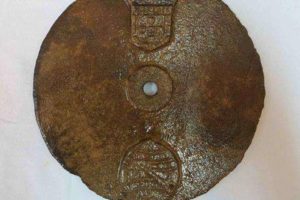 “It’s a great privilege to find something so rare, something so historically important, something that will be studied by the archaeological community and fills in a gap,” said David Mearns, the leader of the excavation of the sunken ship. He said he felt honored to be part of the discovery. The device is a bronze disc emblazoned with emblems around 6 inches in diameter.

“It was like nothing else we had seen and I immediately knew it was something very important because you could see it had these two emblems on it,” Mearns said.”One I recognized immediately as a Portuguese coat of arms. And another which we later discovered was the personal emblem of Don Manuel I, the King of Portugal at the time.” he added.