Dylan Lipton-Lesser of Chesterfield County, Virginia, has had to overcome a lot in order to make it to his first day of school. Dylan was born 11 weeks premature, which led to many health issues, including problems with his brain. This included bleeding, infections, and hydrocephalus. To treat all of this, doctors had to go in and operate on Dylan’s brain 22 times. But that did not stop him. Dylan is now 5 years old and will be attending his first year in school. 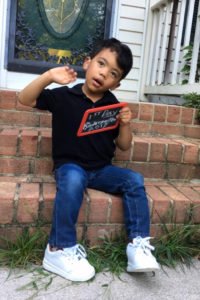 According to Dylan’s mother, India Lipton, most of the doctors did not expect him to live past a few months. But thanks to treatment and the love of his parents, he made it all the way to year 5. And the help has not stopped there, everyone in his new school, including his teachers and even his principal are doing everything in their power to make Dylan feel comfortable. 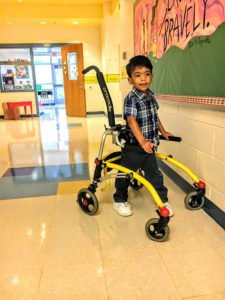 “To see him going to kindergartenâ€¦. Wow, is that possible?” says Lipton. “It is nothing short of a miracle that he is able to attend school and really do as well as he is. Through his 22 surgeries and all his hospital visits, it’s just been an amazing team to help this boy grow and attend kindergarten it’s amazing. The fact that we have a school system that can accommodate and in fact help students with disabilities to become the best that they can be, is one of the great things about living in this county and this state and in this country.”