Haleigh Wiley was a junior in Prescott, Arkansas, getting ready to attend her high school prom. Sadly, she was stood up on the night right before the big event. Apparently, she got into a fight with her boyfriend and he decided not to bring her to the prom. But her 5-year old cousin Bentley stepped up and asked her if she would like to go with him. According to a few family members, when Bentley found out that Haleigh did not have a prom date, he relished the idea of helping out and told Haleigh that he could be her date. 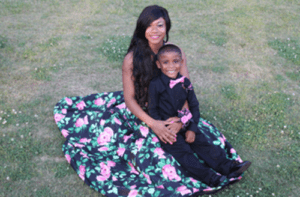 According to Haleigh, the two cousins are really close, and you can see the connection from the pictures that they took before and during the prom. Bentley can be seen wearing an all-black suit with a pink bow tie, that goes along with Haleighs pink and black floral dress. Haleigh though that Bentley would be afraid to walk in front of a lot of people, but he stayed true to his word and stayed by his date’s side through the entire night, even escorting her through the red carpet. 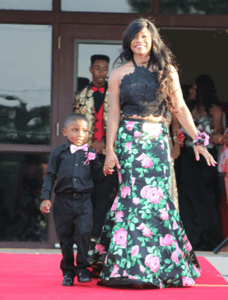 “That’s my baby, I love him so much! I don’t have any brothers, so he is like a little brother to me! He brings me so much joy,” said Haleigh. “Everyone thought he was the cutest prom date ever, the way he stole the show, He was very brave!” Haleigh also shares how most of her classmates were amazed and surprised by Bentley, but how they also appreciated how cute and heartwarming his gesture was.