In Fort Worth, Texas the nursery at the Baylor Scott and White All Saints Medical Center Fort Worth experienced a baby boom when they had 48 babies born in just 41 hours. The staff said that is the busiest couple of days that the ward has ever experienced. Nurses and doctors were busy around the clock delivering babies. 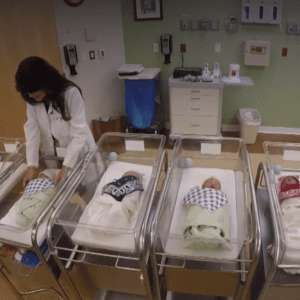 It all started in June 26 and ended a little less than two days later. In that time span, 48 babies were born in the hospital. That’s an average of at least one baby per hour. There has been discussion of why, but by average; most babies are born during the months of July, August, and September (with the least amount being born in February). But they have never experienced so much births in just a short amount of time. 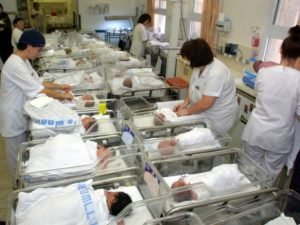 “There’s always talk about full moon, we definitely had a big full moon this week,” OB-GYN Dr. Jamie Erwin said. “Maybe there is something to that as well, maybe not. But it’s always a busy time of the year.” Nursing director Michelle Stemley was alerted by the sudden boom when her phone blew up with several messages.

“People were asking about staffing,” she recalled. “I was like, ‘what’s going on?'” But even with the surprise, Stemley says that the hospital was prepared for what was coming. Extra staff was called in, and pizza was ordered to keep the hard-working well fed. Stemley said that they trained for what happened, and they were even ready for more.