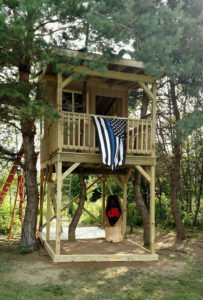 Officer Joel Davis was shot when he responded to a domestic violence call last month. While the family would be supported and helped by the department, these police officers wanted to go the extra mile for the family. Retired and active police officers from the New York State Police Department, the Jefferson County Sheriff’s Office, and the Watertown City Police Department joined in to complete the tree house at the Davis residence. 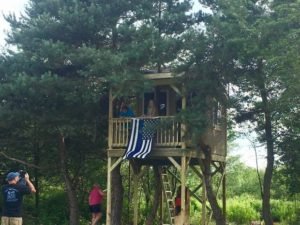 The project was completed in less than a day. Aside from completing the tree house for Davis’ youngest daughter, they even included several other features such as a ladder, windows, a balcony, and even a string of lights. Thanks to the generosity and kindness of Davis’ brothers in arms, Jaila will always have the tree house to remember her father, but also to remember the officers who offered their time to help out their friend and his family. The tree house and the work that was put to complete it were posted on social media, where it has since gone viral.