2018 was certainly a memorable year for artâ€”Banksy shredded his $1 million painting as a publicity stunt, BeyoncÃ© received an eerie commemoration in Niagra Fall’s wax museum, and an MMA fighter now officially has his own statue in a pair of boxers. Don’t forget about the googly eyes incident, either.

City officials in Savannah, Georgia say it’s no laughing matter that someone glued googly eyes to a Revolutionary War monument. Now they’re looking for the culprit behind it. pic.twitter.com/PPzK51PY1j

Sometimes, it actually is a laughing matter, especially in the case of googly eyes on war monuments. Another laughing matter is the pitifully inaccurate representation of Idris Elba as a doll worth a whopping $1,075.

This doll is supposed to be Idris? Somebody getting fired. pic.twitter.com/VsFXlmRibW

Perhaps even worse is this terrible restoration of a 16th-century polychrome statue of San Jorge, compared to the infamous restoration of the Ecce Homo. The mayor was furious after a priest decided to renovate the statue without consulting him first. 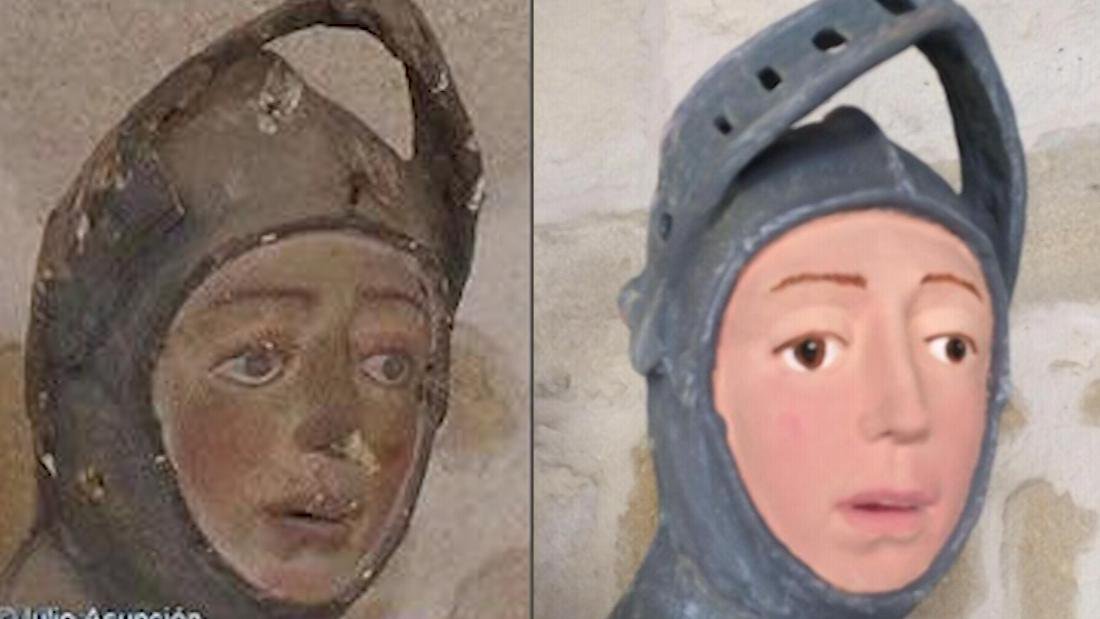 Banky’s stunt, however, was probably the most relevant and diabolical art mishap in the year 2018. The original framed artwork,Â Girl With Balloon, was worth well over $1.2 million dollars, and shredded itself at an auction directly after being sold. Most people believed the incident was a prank on the art world. However, by only partially shredding his work, it actually increased in value.

Bidders left in shock as video captures the moment an item of Banksy artwork is shredded just moments after selling for more than £1 million at auction https://t.co/KloAtVKB3B pic.twitter.com/VQskc5ZrHQ