Early last year, 2-year Eden Carlson drowned in a swimming pool in a horrific accident. Little Eden was underwater for 15 minutes and had no heartbeat for two hours. When rescue paramedics were able to reach her, they did not give up on reviving the little girl, and after several hours and attempts, they were ableÂ  to restart her heart. But that was just the first miracle that would be given to Eden and her family. 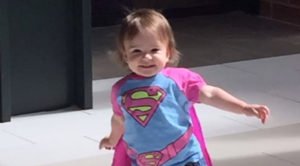 After stabilizing Eden, there were a lot of problems with her internal systems. She had lost most of her organ control, she had high blood pressure, and the most serious condition was severe brain injury due to hours of no oxygen. Eden was in the hospital for 48 days to receive critical care. After recovering from her other injuries, Eden would still be unable to speak, walk, or respond to verbal cues. DoctorsÂ told Eden’s parents that she would never recover from this. 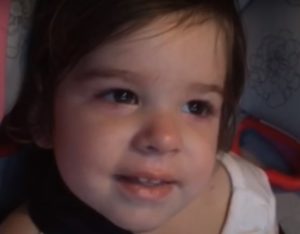 But a few months after being discharged, doctors started to use a hyperbaric chamber to help wake up her brain. The high oxygen treatments could speed up her brain recovery and awaken brain cells. Â The high oxygen at high atmospheric pressure would also increase the amount of oxygen in her blood to help repair damaged tissue. After just 10 sessions, Eden has recovered so much that she was almost back to normal.

Now, Eden can walk and talk even better than she did before the accident. Tests all showed a remarkable increase in her motor and cognitive functions and her neurological responses. An MRI taken almost 6 months after the drowning showed that Eden still had mild injuries in her brain but her white matter atrophy had almost completely reversed. It is the first recorded medical instance of full brain damage reversal.