Stephanie Mui of Fairfax, Viginia has been good at math ever since she was a small child. She started with mastering addition and multiplication in preschool, and she has never stopped since. But it was a math problem in 4th grade that really set her apart from the other kids her age. From what Mui could remember, the math problem was so complex that even her teacher could not solve it. That’s when Mui set up a system of algebraic equations and solved them simultaneously to get the answer. Soon after that she started taking college courses in math. 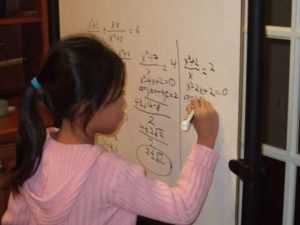 This week, Mui will be the youngest of the 8,000 plus students that will be graduating at George Mason University. Mui will be 17 years old and will be getting her master’s degree in mathematics. It was an important milestone because she is yet to graduate from high school. Mui says it was scary to take on college courses while still being a sophomore in high school, but in the end she enjoyed the experience because she wanted to be challenged. 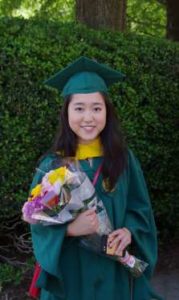 Mui started taking community college courses in the 5th grade and after she had mastered that, she enrolled in George Mason University where she earned a bachelor’s degree in mathematics. After that achievement, she pursued her master’s degree, all while still enrolled at her local high school. She did not think she would get her master’s ahead of time, but she will be getting that degree before she graduates from the Oakton High School in Fairfax County. What’s next for Stephanie? She is headed to New York University next year where she will study at the private university’s Courant Institute of Mathematical Sciences as a doctorate candidate.