Dating and relationships have changed in the past 150 years. Aside from the obvious shift in gender equality, there have also been several social and technological advances. But there are also some things that don’t change. For instance, using the available media to look for a suitable partner and mate is still the a very much used means. The only difference is that while today we use social media, the internet, and mobile phone apps, in the 1800’s they used newspaper ads.

Oxford University researcher Max Roser posted on his twitter feed an image of an ad poster by an 18-year old man in 1865. In the ad, the man from Maine is quick to point out that he had a complete set of teeth, which was a premium at the time because of archaic dental practices. He then describes his political views, his employment as a farmer, and the many pets he has including a 2-year old bull, two female cows, and sheep. 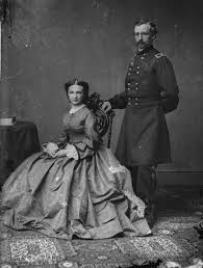 But the man also states that he is willing to fully commit to a partner and promises to spoil any willing mates. Promising a lifetime of love and commitment is something that apparently never goes out of style, even after a century and a half. In the ad he concludes with the following statement, offering a reflective and sensitive side of his personality:

“I want to get married. I want to buy bread-and-butter, hoop skirts, and waterfalls for some person of the female persuasion during life. That’s what’s the matter with me. But I don’t know how to do it.”