Sota Fujii is Japan’s youngest shogi players at just 14 years of age. But don’t let his age fool you, he is also one of the best players in the country. Shota has been making headlines lately because he has gone unbeaten for the past 29 matches, a record in professional shogi. The previous winning streak record has stood for more than 30 years. Shoji, also known as Japanese Chess, is one of the more popular board games in the country. 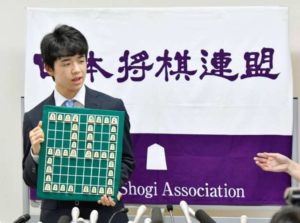 Sota Fujii trains himself everyday with the use of shogi computer software. This strict training regimen has made him one of the best shogi players in the country. He has proven this by breaking several records. He was also the youngest player to turn professional. And now he has broken the winning streak record that has stood for more than 30 years. The game shogi originated from Japan more than 1,000 years ago. 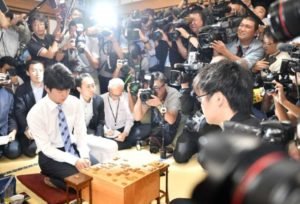 His record breaking match was watched by the nation and he has gained praise from several people including avid shogi fans and even the Prime Minister of Japan himself. His picture was on the front page of every major newspaper following his historic win. Â The record was broken when Sota Fujii defeated Yasuhiro Masuda in the prestigious Ryuo Championship finals that took place in Tokyo. The match lasted for an incredible 11 hours, but in the end Sota was able to defeat the 19-year old Masuda.