14-Year Old Graduates College With a Degree in Physics

Carson Huey-You graduated college at an age when most teenagers are still coming in as high school freshmen. The prodigy has always pushed the limits of what he could do as a boy genius. At the young age of 10, he finished high school, and by his 11th birthday, he had committed to attend the Texas Christian University where he would complete his bachelor’s degree in Physics. At 14 years of age, he became the youngest student to graduate from the University. 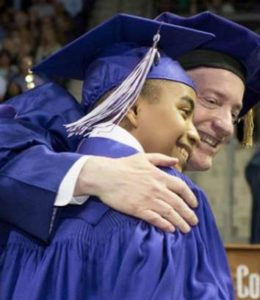 According to Carson’s Mom, Claretta Kimp, she always knew that her son was smart. At the young age of 3, he told his mother that he wanted to do calculus. Carson was home schooled by his mom, but by the time he was 5 years old, he was studying at an 8th grade level. Kimp was able to enroll him in a private school that would allow him to learn on his level, and he graduated that high school as co-valedictorian at the age of 10. By then, he was eligible to attend any college he wanted. 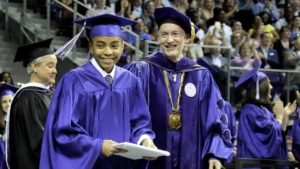 “The first day of class, I was very nervous, kinda, about what I was walking into,” Carson said. “Going from a small private school to this big campus, but after the first day of class and once I sort of got used to the overall TCU feel, I was very comfortable.” It also looks like being a genius runs in his family. Carson’s younger brother Cannan, is about to graduate high school and is set to attend TCU taking up a major in engineering and astrophysics. Cannan is only just 11 years old.