In Bristol, Vermont, a 14-year old boy named Ethan Sonneborn wanted to do something productive with his summer vacation and decided that he wanted to run for Governor in his state of Vermont. The office actually does not have an age requirement, and anyone who has lived in the state for four years can run. Sonneborn has spent his entire short life in Vermont, making him eligible for the position. 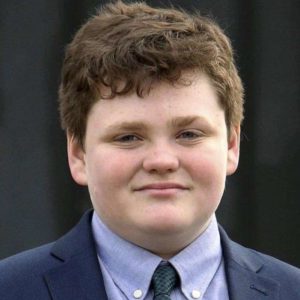 Sonneborn will be starting the 9th grade this upcoming school year and he said that running for Governor is a response to the violence in Charlottesville last summer that made him interested to run for public office. And so this summer, Ethan put on his best suit and tie and announced his plans for run for the Governor of Vermont.

“I thought about what I would need to run a successful campaign, and ultimately it was a gut decision, so I decided to run,” he said. “I recognized that there was a new movement of leadership that could be doing better. New leaders who could actually stand up and say racism is bad.” The biggest obstacle that voters will see will be his age. But Sonneborn believes that his campaign “transcends age”. He says that running in a crowded Democratic primary will actually be advantageous for him. 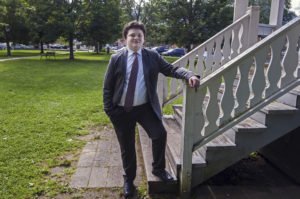 “I think Vermonters should take me seriously because I have practical, progressive ideas, and I happen to be 14. Not the other way around,” said Sonneborn at a forum for candidates. Aside from his campaign team, Sonneborn’s parents have also approved the run for office, but they only found out after their son released a statement in a press release to the local paper.

“It’s important that we have voices all over our state that are advocating for people not represented in government,” said Sonneborn.