The Matilda challenge is the latest dance craze that has been making its way in social media. As the title of the dance challenge suggests, it is based on the 1996 film named Matilda. The movie is about a child prodigy named Matilda who gains the power of telekinesis. In the middle of the movie, Matilda gets the house to herself and eats breakfast and uses her powers while dancing. 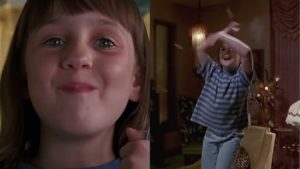 The Challenge is based on that one scene, where Matilda dances to a snappy song entitled “Little Bitty Pretty One” by Thurston Harris. In the scene, she demonstrates her full power using it to move several objects in the room. Matilda simply points at things and they magically start stirring. This includes cereal, plants, cards, picture frames, and utensils.

And so the Matilda Challenge was born. People have recreated the scene by dancing to the song then pointing to different objects around the room and making them move. Of course, not everyone has been blessed powers like Matilda. In almost all the videos, people point at inanimate objects and they would move with the help of friends and family members hidden behind the scenes. There are videos that hilariously show the objects being obviously moved by other people. 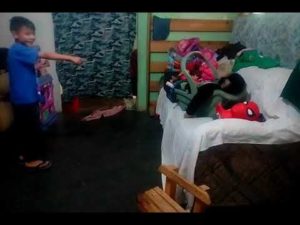 The video has even reached the eyes of Mara Wilson, who played the titular character of Matilda in the movie. In her own Twitter account, she said “Hahahaha! I LOVE THESE #MatildaChallenge”, referring to the trending videos sent to her on social media.