$14.7 Million Dollar Bunker Installed in what is Dubbed as Safest House in America

A multi-million dollar house in Atlanta is being dubbed as one of the safest homes in America. The house is located on 3.5 acres outside of Atlanta. It has a private theater, a bowling alley, and an infinity swimming pool. The master and guest bedrooms also have ballistic doors that has enough protection to withstand an assault rifle. Â But its most recent addition is a multi-million dollar safe bunker. 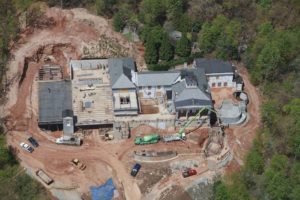 The property also features a large car vault that is big enough to house 30 vehicles. This garage even has a concealed entrance behind a waterfall. Secret doors in the house also lead to the 15,000 square foot bunker, where people can live comfortably for a couple of years. The bunker has off-grid power and water from three artesian wells drilled in a thousand feet into the ground.

The house was designed by a security architect who spent decades designing building for the U.S. Department of Justice. The residence, called the “Rice House”, is owned by an entrepreneur who spent six years and close to $30 million to build his fortress. The property was just relisted for $14.7 from its original price of $17.5 million. The estate also needs to be finished, which would cost an additional 3 to 5 million dollars. 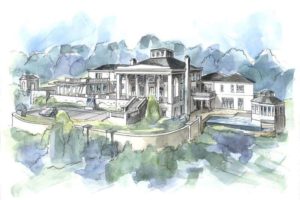 The original owner planned the Rice House to be a family legacy, but then he found out that his son wasn’t interested in living there so he placed the property up for sale. The home has been completely built, with 8 bedrooms, 14 bathrooms, three kitchens, a private museum, a wine cellar, commercial grade elevators, and an indoor shooting range.