10-Year Old DJ from Ghana Takes the Internet by Storm

DJ Switch, also known by her given name Erica Tandoh from Ghana, started to get interested in music at just 9 years of age. Just a year later, she is known throughout the world because of her music and her personality as DJ Switch. The youngest musician has already broken barriers and set records. She is the youngest to win the Ghana DJ Awards this year. She also won TV3’s talented kids competition in 2017. She currently has her first single out now, entitled “Deceiver”. 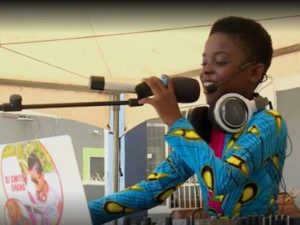 Recently, DJ switch opened up in an interview with the BBC. She talked about her inspirations, her passions and her plans for the future. The video of the interview has since gone viral on social media. It has been seen and shared thousands of times. “Being a young DJ is not that difficult,” she said. “When you are being taught in school, you pick everything fast. So when you are being taught to DJ you also pick it up fast.” 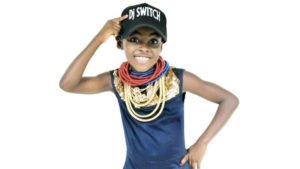 Despite her blossoming career, DJ Switch still loves going to school. She practices dance, plays the trumpet and drums, and she is also learning to play the piano. And despite her love for music, she has other plans for her future. She says being a DJ is her passion, but she wants to be a gynecologist when she grows up because she wants to help all women. She loved the idea that her interview had gone viral because she says she loves to make people happy.

“I picked the name DJ Switch because I switch up people’s happiness,” she said.