After 77 years, the wreck of an Italian Destroyer ship has been discovered under the Mediterranean Sea. The naval ship, called the IT Artigliere, was sunk during the Battle of the Cape Passero in 1940. The ship was found underwater along the Malta Escarpment, a fault line just east of the Sicily coast. The wreckage had rested more than 3,7000 meters underwater. Â The ship was part of the Italian Navy that fought during the Second World War. 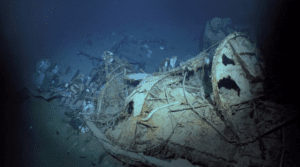 The wreckage was found by Vulcan Inc, a company created by Microsoft co-founder Paul Allen. Vulcan’s research vessel called the R/V Petrel, made the initial discovery. Although videos and photos were taken of the wreckage, the war grave site was largely left undisturbed. When the Petrel team first uncovered the shipwreck, they sent a remote operated vehicle or ROV to capture images and take footageÂ the wreckage. The ROV was able to read the letters AR on the hull. This, along with the location of the wreck, allowed Italian naval authorities to identify the ship as the IT Artigliere. 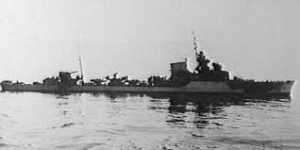 “The Artigliere is in amazingly good condition other than the fact she was sunk in a war,” said David Reams, senior director for Vulcan’s maritime operations, “She’s upright and easy to identify. At 3,700 meters down, the water is very cold and has little oxygen, so there was very little corrosion or encrustation.” The R/V Petrel makes use of various underwater equipment to scour the depths of the ocean. This technology allows it to find shipwrecks and explore the deep ocean ecosystems. Aside from the Arigliere, the research team has also made several finds including a sunken Japanese battleship.