After an exhausting struggle, Kathy Smith of Corwen, Wales, managed to snap the perfect family portrait for the upcoming holidays. The family in question? Her 17 cats and dogs. 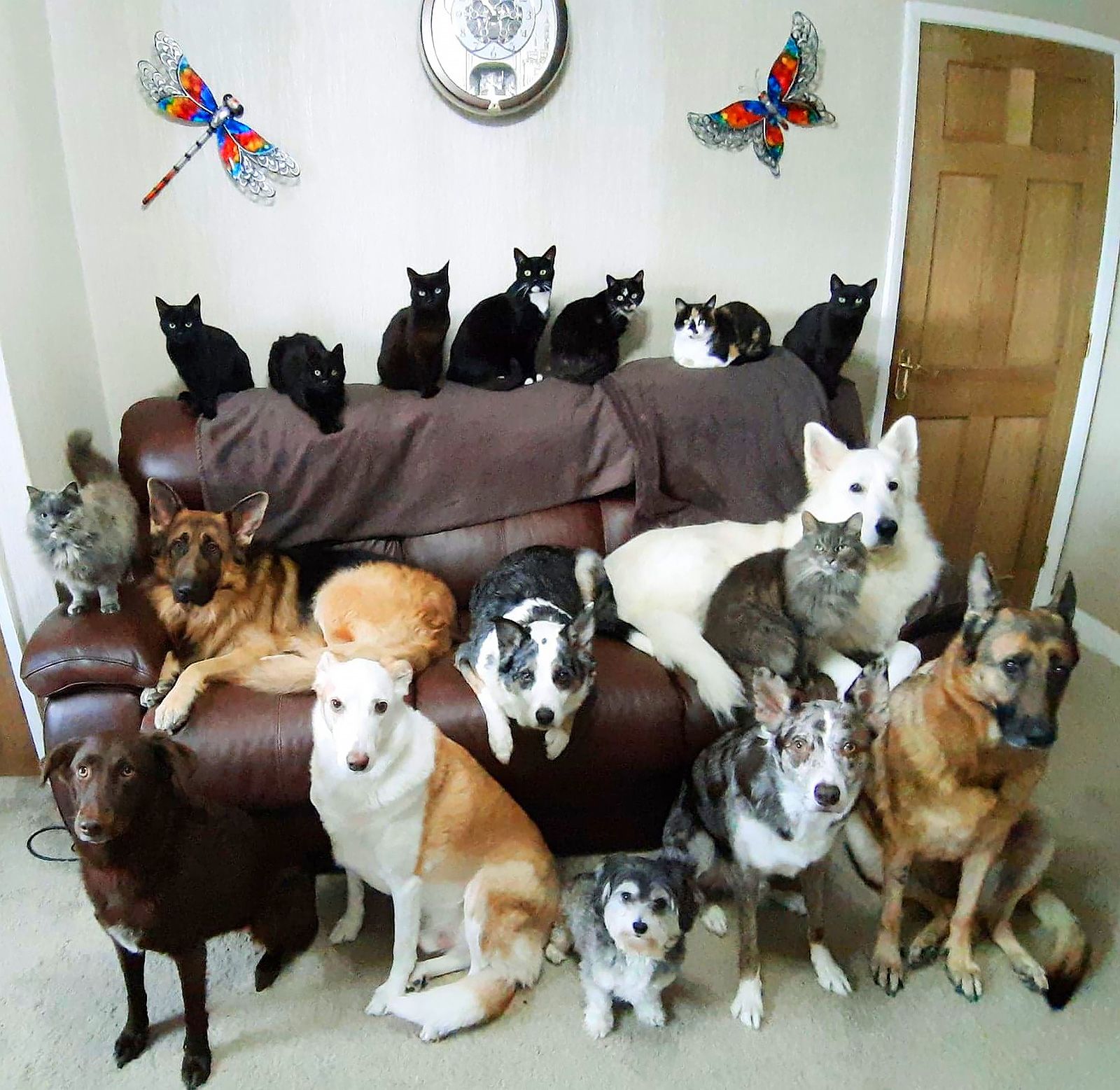 "I was so thrilled when I realized I'd captured this shot—it's like a little family photo," Smith said. Despite her eventual success, taking the photo was no simple task. The 30-year-old shop assistant noted that it took multiple attempts; she was chasing her pets around the house, treats in hand, begging them to stay in one spot for a few seconds so that she could get the picture.

Smith's dogs were able to sit still for the treat, but her cats were much more difficult to pose. Smith said she "now know[s] the real meaning behind herding cats." 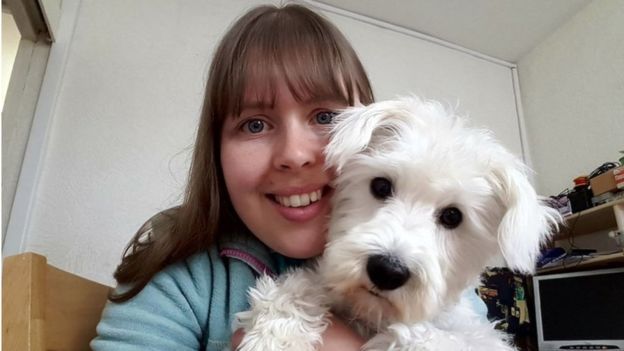 "I had to just keep picking them up and putting them back until they stayed," she said. "It took about three attempts, but in the end, I managed to keep them there for a couple of seconds and get the photo before they were off again."

The U.K. woman lives in a three-bedroom home with all her furry friends. Smith rescues animals in need. In addition to the 17 pets featured in the photograph, she also has four Budgerigar birds, fish, and a baby hedgehog. 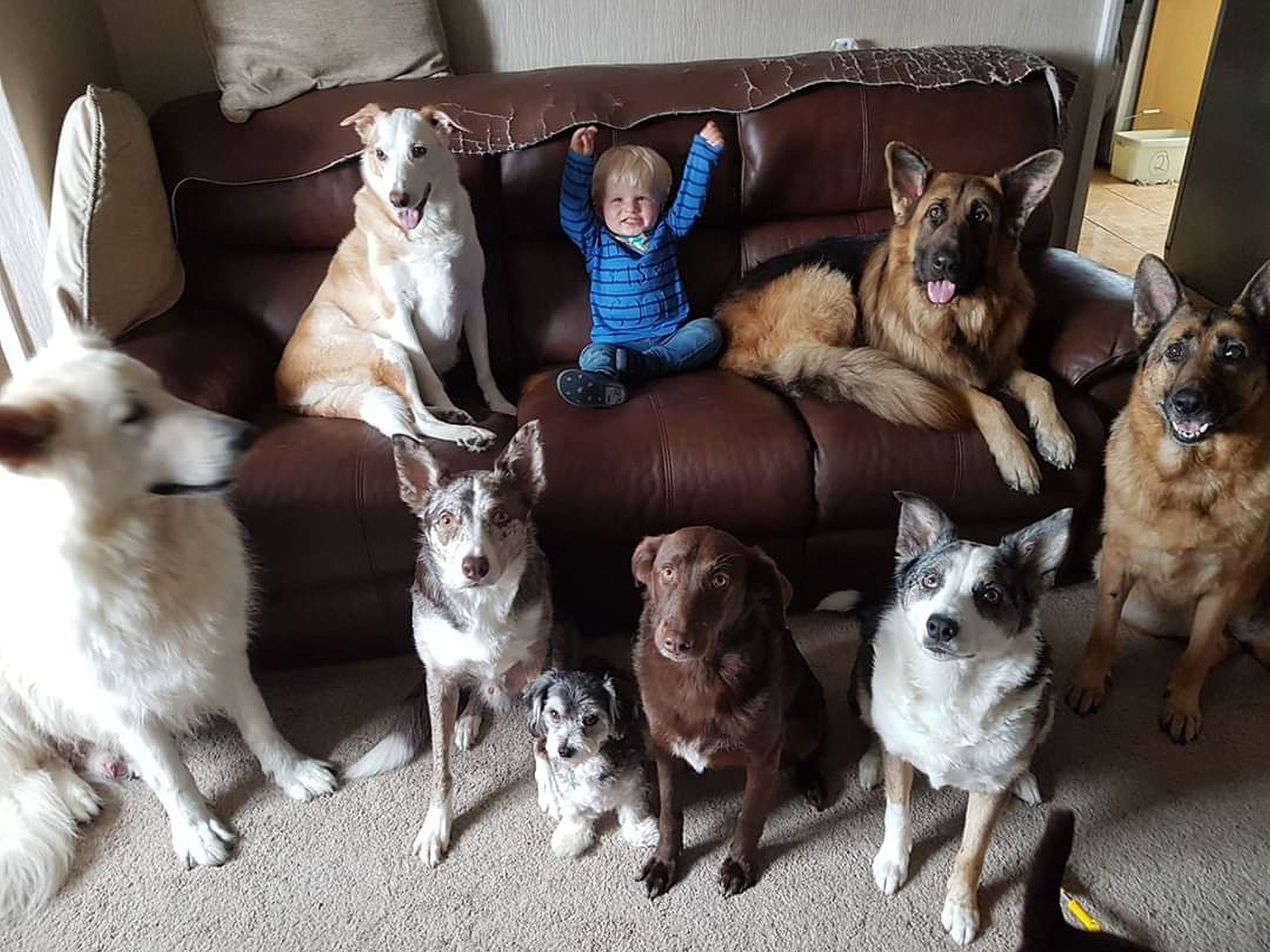 "People are usually shocked when they come over and realize how many pets we have, the house is mad but we're used to it," she said. "They all run around and you don't realize there's a lot of them until they're in one room."