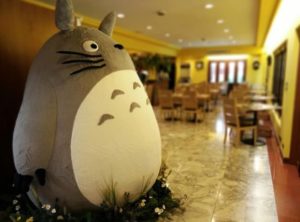 The restaurant will have a giant Totoro figure that will be featured in the main dining room. It will also have menu items inspired by the characters, such as steamed buns shaped like Mini Totoros. They will also have tables decorated with other Totoro characters such as Mei, Sootsballs, and the Catbus. These characters all appear in the movie.

The restaurant isn’t complete yet, but aside from the dining area, it will also feature a children’s play area, an orchid greenhouse, and several other elements of the Miyazaki animated world. The Grand opening of the restaurant is yet to be announced. Toshio Suzuki, who is the co-founder of Studio Ghibli helped in developing the concept of the restaurant. He was personally involved in designing the sign of the establishment. He also designed the two new Studio Ghibli characters that will debut in the restaurant. 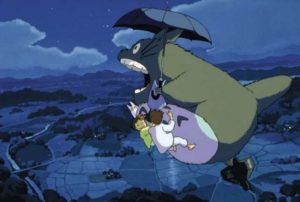 May’s Garden House has been open since the middle of April, but the restaurant is set to officially open sometime at the end of May. While this is the first restaurant with Totoro as the main theme, there have been Studio Ghibli inspired restaurants, such as the Straw Hat CafÃ© at the Ghibli Museum in Tokyo.