Earlier this month, 21-year old Katelyn Miller from Salina, Kansas, wrote a very touching thank you letter to her stepdad Lance Jeske. The letter was shared on a social media page. In the post, Katelyn thanks her step father for always treating her and her brother like his own kids, especially since he has three other kids from a previous marriage. Jeske officially became Karelyn’s father when he married her mother almost 13 years ago.

“You are not my biological father, I do not carry your last name (yet) and I do not look like you in the slightest,” wrote Katelyn. “Any man can make a child, and stick his name on the birth certificate. It takes a real man like you to step up and care for a child who is not his own. You’ve been an amazing role model for us. I know I’ve rebelled in the past with my choice of boyfriends, but you have taught me what a real man is.”

“I know that a real man won’t cheat on me, won’t choose drugs or alcohol over me, won’t verbally or physically abuse me, and will never make me feel like I’m not good enough. I’ve had my heartbroken too many times, and you’re always there to put it back together. You make me feel like I’m worth it. I am so extremely proud to be your daughter,” 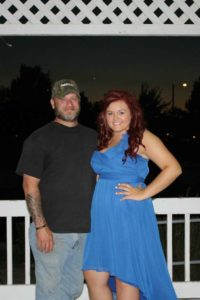 “He’s taught me so much,” said Katelyn in an interview. “He’s treated my mother the way she deserves. By watching their relationship grow and grow over the years, I hope one day to find someone who will love and support me the way he does for my mother.” The touching thank you letter has gotten thousands of likes and shares on Facebook.