Woman with The World’s Longest Eyelashes

You Jianxia of China is the owner of the world’s longest pair of eyelashes. She was recently broke the current longest mark and was entered into the Guinness Book of World Records. You Jianxia’s lashes were measured at 12.3 centimeters or 4.88 inches. The Shanghai resident says that she has to clean them carefully everyday because they often touch most of her face and come down to her chin. 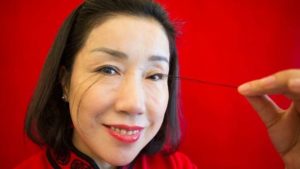 “They are a part of my body, so I never find them inconvenient,” said You Jianxia in an interview. According to You, her eyelashes started to grow to unusual lengths four years ago when she went on an 18-month nature retreat. She credits living in harmony with nature for the length of her lashes. She also views them as a sign of health and prosperity. 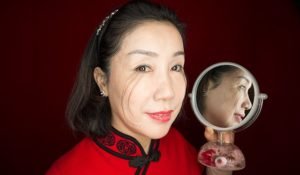 You Jianxia’s record breaking lashes overtook the previous record holder, which was a Canadian woman with 3.17 inch long eyelashes. She was entered into the Guinness Book of World Records in June of last year. To measure the eyelashes of You Jianxia, she had to lay them flat on a ruler for the official judge. They were measured three times in front of witnesses to make sure that the record was legitimate. Having thick and long eyelashes has always been considered as a mark of beauty in several cultures, especially with women. The average eyelash length is measured at around 2-3 centimeters long. It takes around seven to eight weeks for eyelashes to grow to full length.