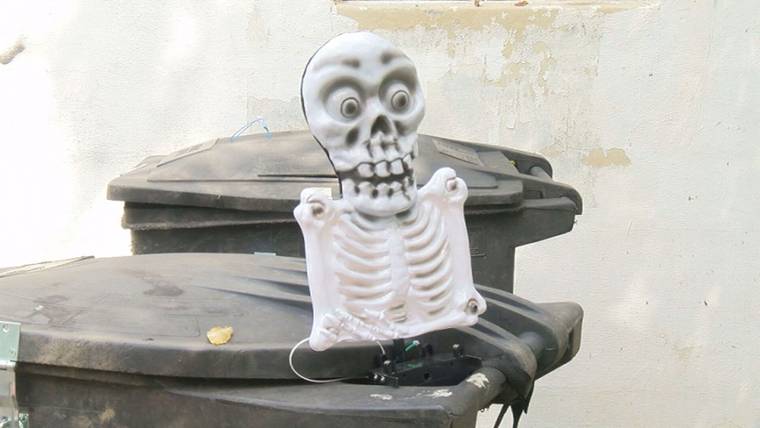 “For years, the bear has gotten in our trash. Recently, he’s been getting into it a whole lot,” said Joni Moss.

When Moss realized she was having a problem with bears breaking into her trash, she spent $100 on locks. Then, she discovered a much more cost-efficient (and hilarious) system to scare bears away from her property.

“We saw something on Facebook about a Halloween decoration, so we went and bought one (for) $25,” Moss said. “It was hilarious to see the first time it scared the bear because I was kind of having doubts that it was actually going to work.” 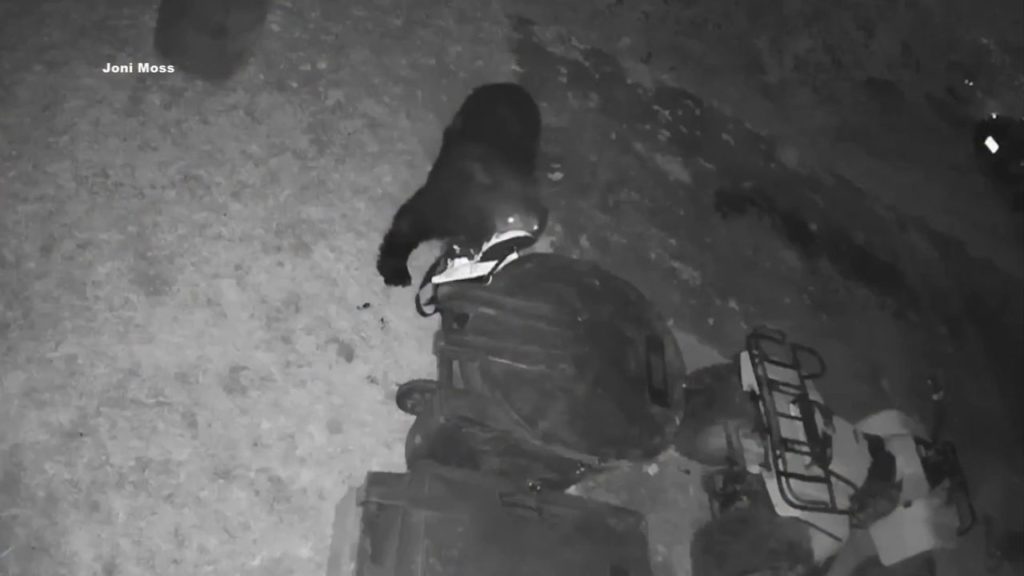 Moss’ home surveillance camera captured the motion-activated skeleton frightening a bear away several times in the past few days. Now, even her neighbors are even trying the same approach.