A man from Wisconsin has eaten 30,000 Big Macs breaking the record for most burgers eaten in a lifetime. And this man has the receipts to prove it. Don Gorske has been eating the signature large burger item of the fast food restaurant McDonald’s for the past 46 years. He recently consumed his 30,000th Big Mac, setting the Guiness Book of World Records. He ate the record breaking burger at a Fond Du Lac McDonald’s in Wisconsin. 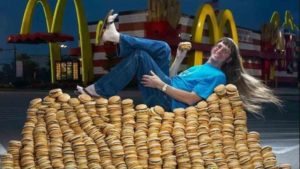 In a recent interview, Gorske said that he doesn’t get sick of eating the burger and he has eaten a Big Mac almost every day for the past 46 years. He also said that he tries to eat two burgers in most days. There have only been a handful of days where he hasn’t eaten one. One of those days was when his mother passed away. Even when he travels he gets to find a McDonald’s and chow down on his favorite burger. 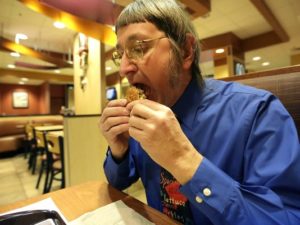 “It’s some that’s just so good, it’s just like chocolate and I couldn’t get enough of at first, but still it is my favorite sandwich,” Gorske said in an interview. In 2003, Ellen DeGeneres requested that Gorske’s cholesterol be checked. It turned out that his cholesterol count was 140, which was surprisingly normal.

The Big Mac is one of the signature products of the fast food chain restaurant McDonald’s. It was first introduced in 1967 in Pittsburgh, and the following year, all the chain stores had a Big Mac in its menu. The Big Mac is known for having three buns and two beef patties.