Birthday cake is a thing of the past. It's loaded with sugar, carbs, and fat—so why don't you skip the artificial flavors and partake in your annual celebration the healthy, vegan way? Perhaps... with a single slice of banana.

i went out for my birthday and i’m vegan so they gave me a single slice of banana instead of cake pic.twitter.com/pLjEFwaMb8

Yazmin Barreto follows a vegan diet, which means she doesn't consume any animal products. Unfortunately, that usually means that the cookies and cakes at restaurants are off-limits. When Barreto went out to dinner the previous Friday evening at Melting Pot in Naperville Illinois, she wasn't expecting much when she asked if the chain offered a vegan dessert.

Barreto turned 19 last Wednesday and wanted to go to the Melting Pot because they offer a vegan menu. She then took to Twitter to share the hilarious bite-sized birthday treat her server at Melting Pot brought too the table. The banana was certainly the star of the show. Adorned with a single blue candle, it rested atop a plate decorated with the words "Happy Birthday" in chocolate writing. 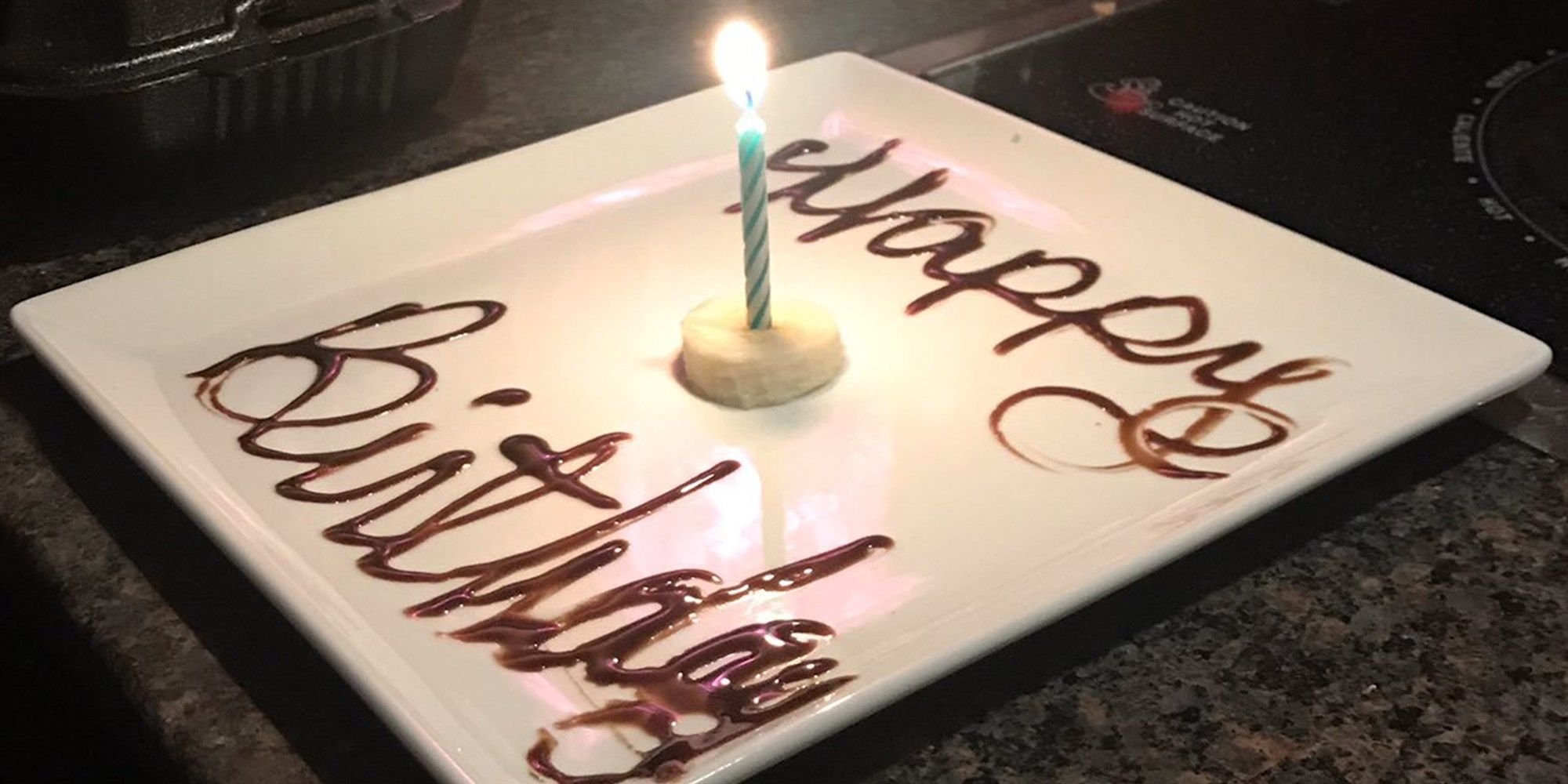 "Our waitress said she was trying to find something vegan for me and I thought it was so cute!" Barreto said. "I was honestly not expecting them to bring me anything, so it was a pleasant and hilarious surprise."

Off-camera, the server can be heard telling the 19-year-old, "I was trying really hard to be clever with that one."