After World War II, the USSR became a completely different country. They came out of the war as one of the biggest military powers in the world. They weren’t done yet, as they began to invade Eastern European countries and some islands of Japan. They were also recovering from the 20 million citizens that they lost in the war. TheÂ living citizens suffered through droughts, famine, and typhus epidemics.

American photographer Martin Manhoff entered the USSR in 1952. He secretly began to take photos of the way of live postwar without the government knowing. He was even there at Stalin’s funeral in 1953. Once the government found out about his ‘spying’, they banned him from the country. For 60 years, Manhoff kept the photos hidden in a cupboard. After heÂ passed away, the photos were discovered by historian DouglasÂ Smith and made public. 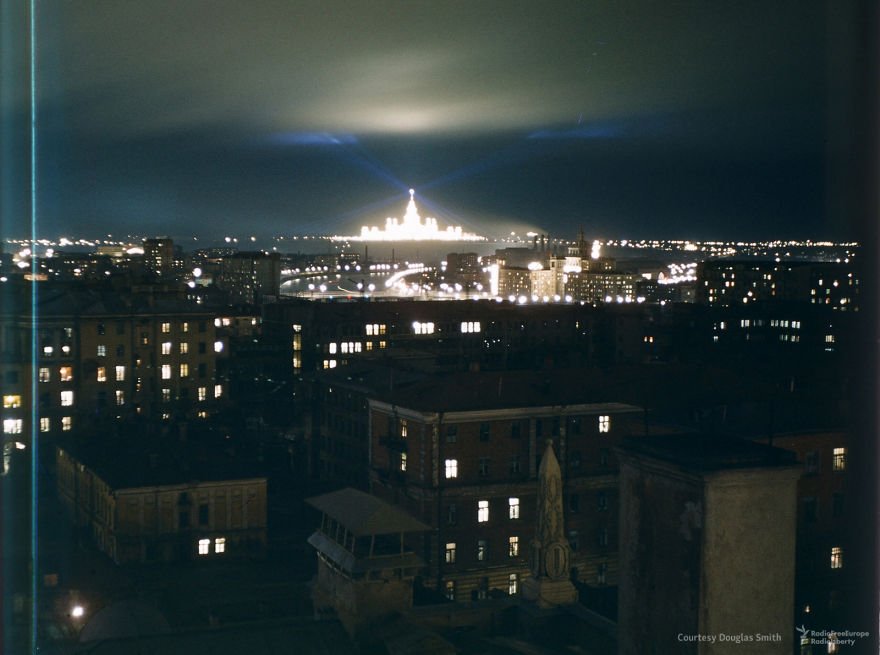 Manhoff was able to get an amazing view of the brand new Moscow State University. It looks more like a magical castle than a university!

A Group of School Girls 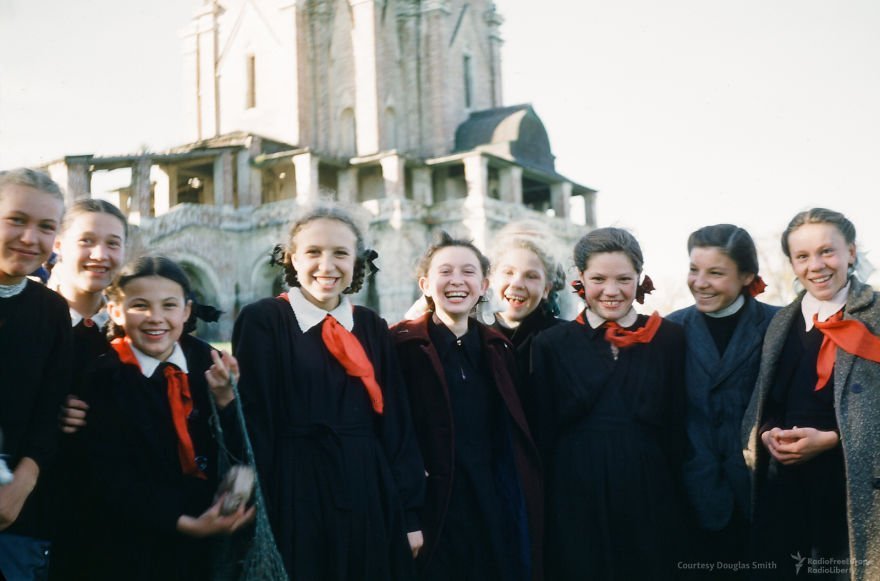 These girls are students of Kolomenskoye, a royal estate in southern Moscow. They are painting a very different picture than what we were told of the USSR in the postwar! I wonder if any of this girls are alive and have seen this photo?