Unbelievable Items That Have Shown up on X-Rays

Typically, you get an x-ray when you’ve hurt a limb or think you may have injured yourself in a way that has impacted your bones. X-Rays reveal typically reveal fractures and tears, but what they also sometimes reveal are solid objects that have been swallowed, punctured, or forcefully inserted into the body. Things like bullets, marbles, sometimes knives show up on the film and shock doctors and nurses, but that’s only the start of it. The following X-Ray films will have you cringing in horror and asking yourself…

…how did that get there? 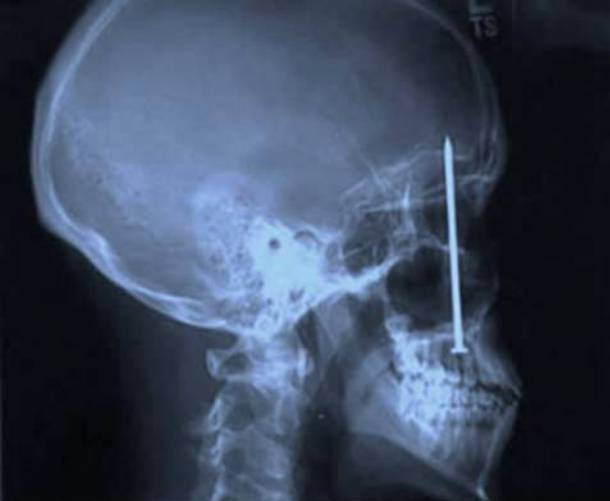 Apparently, the victim, Patrick Lawler, thought the ache in his head was just a toothache. Imagine the dentist’s surprise when he found a nail passing from the roof of Patrick’s mouth all the way up into his brain. How? 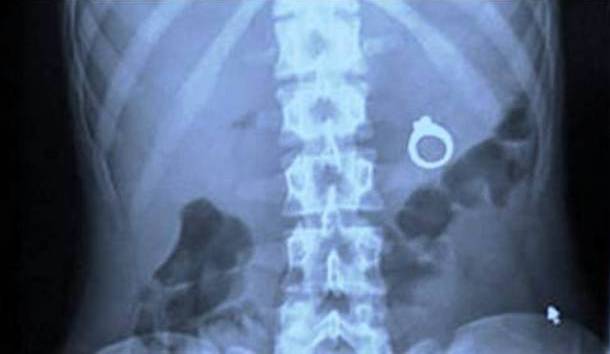 When a man in New Mexico planned to propose to his girlfriend, he hid the ring in her milkshake. Unfortunately, he didn’t consider the fact that she may swallow it instead of finding it when she was through…