The Rwandan health ministry has teamed up with a robotics company to help deliver medicines and much needed blood in the remote areas of the country. The new project is called “Uber for blood” involves a drone delivery service that can cut the delivery time of live saving medicine and blood to the regions of Rwanda that are hard to reach. 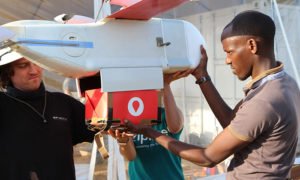 The new project can cut the delivery time from four hours to just about half an hour. It is a joint project of the Zipline delivery service, a Silicon Valley robotics company, and the Rwandan Health Ministry. So far, the drone service has delivered more than 5,500 units of blood to 12 regional hospitals in the past year alone. These emergency deliveries have been credited to have saved several lives. 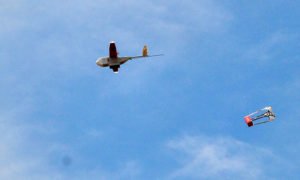 The doctors that need emergency deliveries simply send a WhatsApp message to Zipline and they are then sent a confirmation message that the drone is on the way. When the drone is within a minute away from its destination, the doctors are sent a confirmation message saying that the incoming drone is near. The drone then drops a package via parachute into a special zone near the clinic. Zipline plans to work with the government of Tanzania next to launch what may be the world’s largest drone delivery network.

“Some of the biggest, most powerful technology companies in the world are still trying to figure out how to do this. But east Africa is showing them all the way,” said Keller Rinaudo, Zipline’s co-founder and chief executive officer, “The work in Rwanda has shown the world what’s possible when you make a national commitment to expand healthcare access with drones and help save lives.”