Two Highly Sought After Nazi Time Capsules Found in Poland and Russia! See the History Inside

World War II had an incredible impact on global relations, as well as cultural and racial tensions. In a war that affected six million Jewish citizens, gypsies, homosexuals, Black Germans, and homeless people, it was hard for the world to bounce back from these horrible crimes that were committed in the war. Adolf Hitler, the notorious dictator of Germany and iron fist in these war crimes, committed suicide when he was cornered by Allied troops. As that painful era ended, many Nazi troops scrambled to bury their memorabilia, whether it was to hide their identity so that they can enjoy their life post being part of the Nazi troops, or to memorialize their time spent as Nazi’s.

The First Capsule: A Hidden Trunk 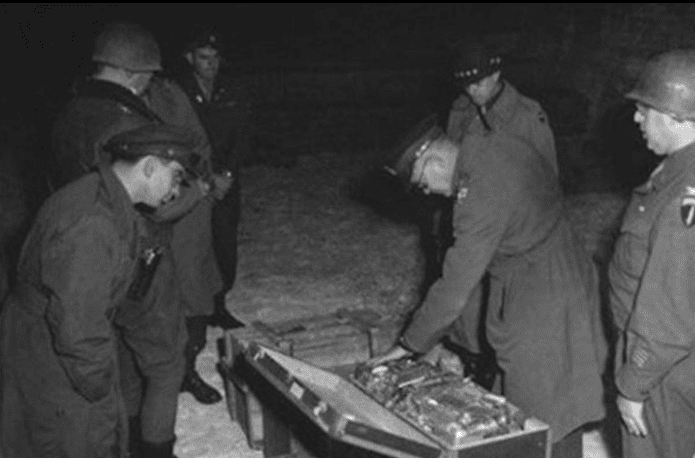 Once Germany declared war on Russia in 1941, therefore breaking the German-Soviet Nonaggression Pact, soldiers allegedly began to bury their sacred items for fear of their death. The battles that took place on that Eastern Front would go down in history has some of the bloodiest of the six year war. Since this war was becoming so deadly, many soldiers began to take notice of these mass deaths and created time capsules in order to preserve their memories and time with the troops, or to just as a timestamp to show what exactly was going on in the wars. It was smart of them to do as there are many misconceptions and untruths about this war, especially as it the memories get older.