The changes were almost imperceptible, but soon, images of Trump standing in front of the seal spread like wildfire. 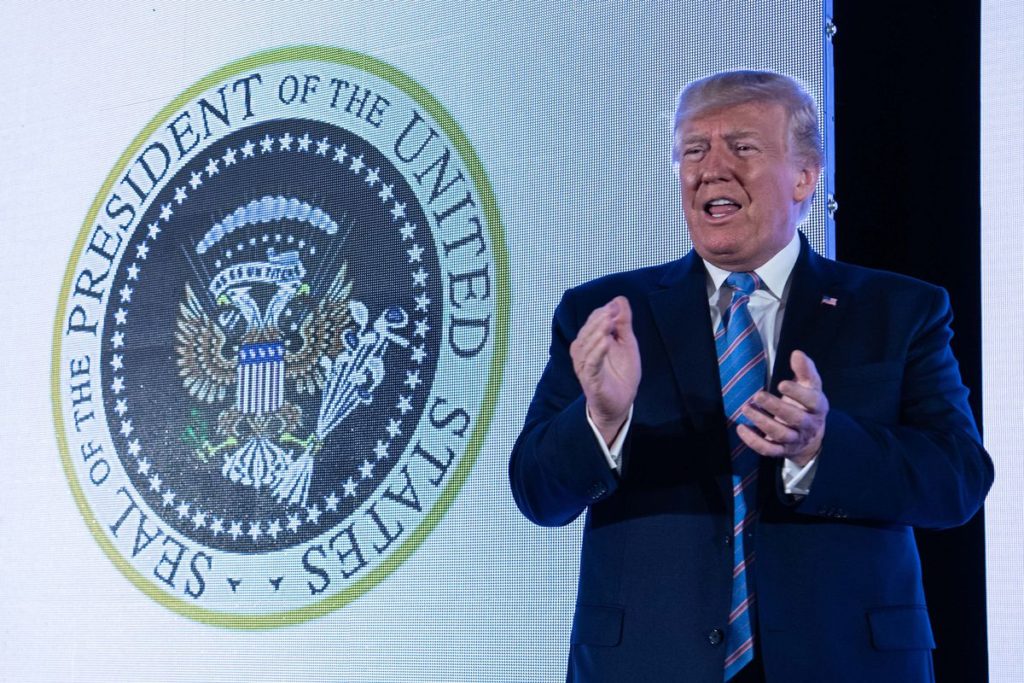 At first glance, the seal appeared to be just like any otherâ€”but if you look closer, the eagle isn’t holding olive branches nor arrows in its talons, but golf clubs and wads of cash. The eagle also has two heads.

In case those symbols weren’t obvious enough, the banner doesn’t read, “E pluribus unum,” but “45 es un tÃ­tere,” which is Spanish for “Trump is a puppet.” 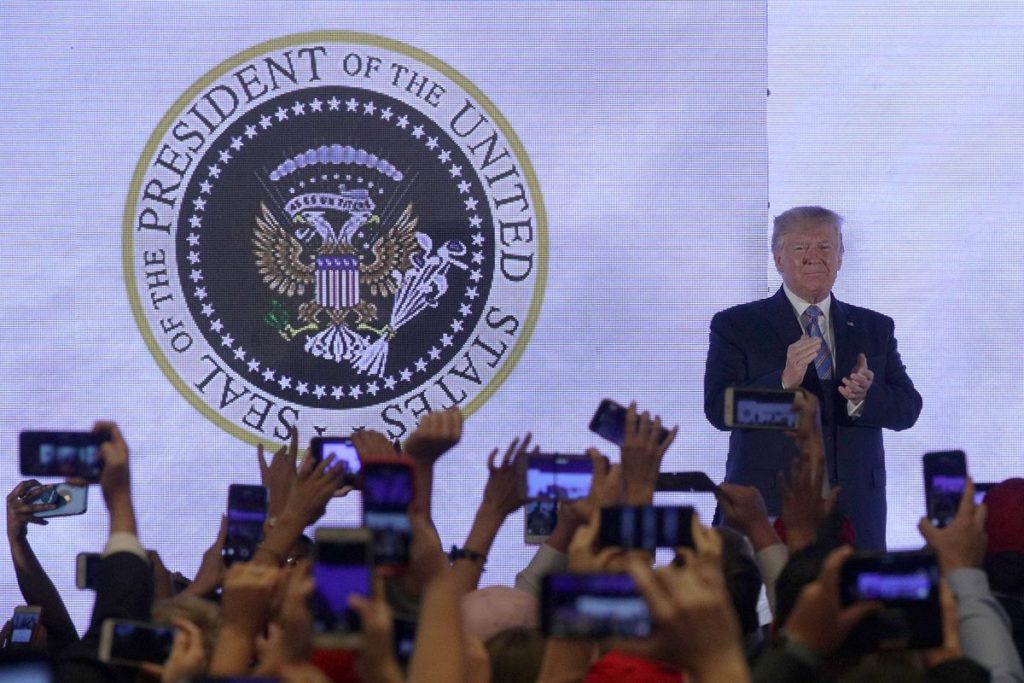 Apparently, nobody noticed when Trump took the stage in front of the seal at the Teen Student Action Summit of Turning Point USA, a conservative youth organization. Soon, the photos began to circulate along with the hashtag #45IsAPuppet.

A representative from the organization has fired the member of its AV team who found the fake seal on Google and accidentally mistook it for the real one. There was reportedly “zero malicious intent.”