In Twinsburg, Ohio, the city celebrated the Twins Day Festival of 2017. The annual event gathered all sets of twins from all over the world to celebrate their unique sibling similarity. But the festival is not just limited to celebrating twins, they also welcome triplets, quadruplets and even the rare quintuplets during this annual event. Some twins have traveled over a thousand miles just to celebrate Twins Day in this small Midwestern town. 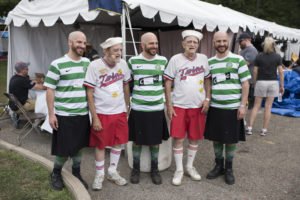 This year’s annual festival has drawn in more than 1,520 sets of twins to celebrate in Twinsburg. The festival starts with a Double Take parade, where twins are encouraged to walk alongside their brothers and sisters with matching outfits. Family members are also welcome to join in the fun. The parade also features floats and tunes played all over the route. The twins are proud of their unique circumstance and celebrate it with others on as they walk through the town’s main street. 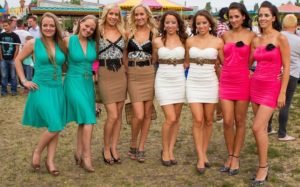 The name of the town is no coincidence. The town was named after its founders, identical twins, Aaron and Moses Wilcox. They owned the property in what was called Millsville at the time. They then donated six acres for a public square and donated funds to build a school. The town has grown to nearly 20,000 residents that help in celebrating Twin Day each year. The festival has been celebrated since 1976, when 37 sets of twins attended the first even. Now, thousands attend the yearly festival in Ohio. The festival has gotten more publicity since the 70’s but another reason for the rise in attendance is also the increase in twins and multiples being born.