You've seen dogs climbing mountain trails with their owners—but it's time to get ready for something new.

Oliver the Hiking Ferret is joining the ranks of other nature-loving animals like Vlad the Kitty Explorer and Henry the Colorado Dog. Oliver lives with his human mom Lauren Smith. Smith adopted Oliver as a pet after learning that ferrets sleep 18 to 20 hours per day. It turns out, however, that Oliver isn't like other ferrets. 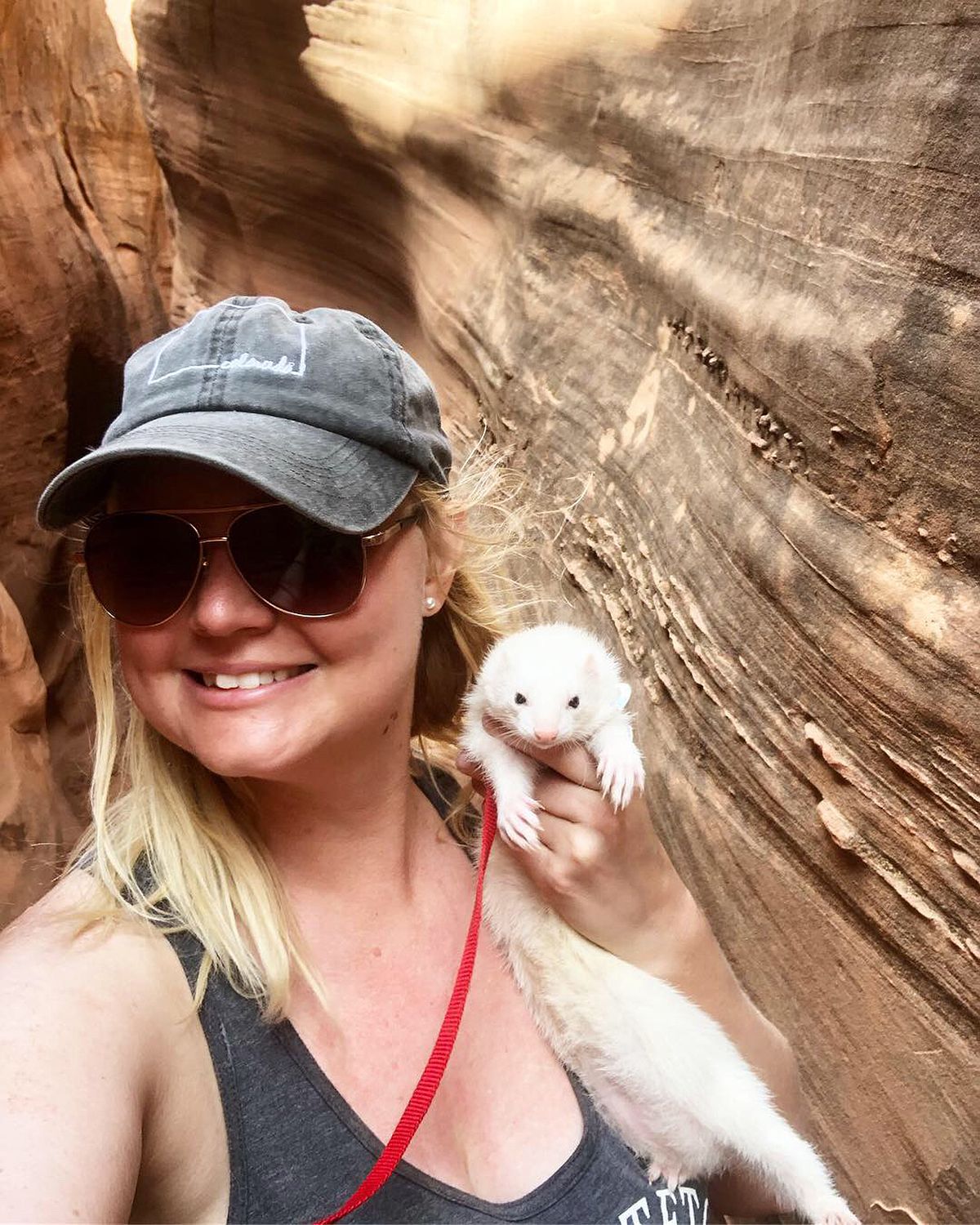 After she brought Oliver back to her house, she discovered that he was full of "destructive energy." To channel his energy into something more constructive (and to make sure her couch wasn't destroyed), Smith brought him outside with her.

"I figured if it worked to take a dog out for a walk to burn off some energy, why couldn’t the same work for a ferret? I began by just getting him used to wearing his harness, which was a feat that involved a lot of treats," Smith said. 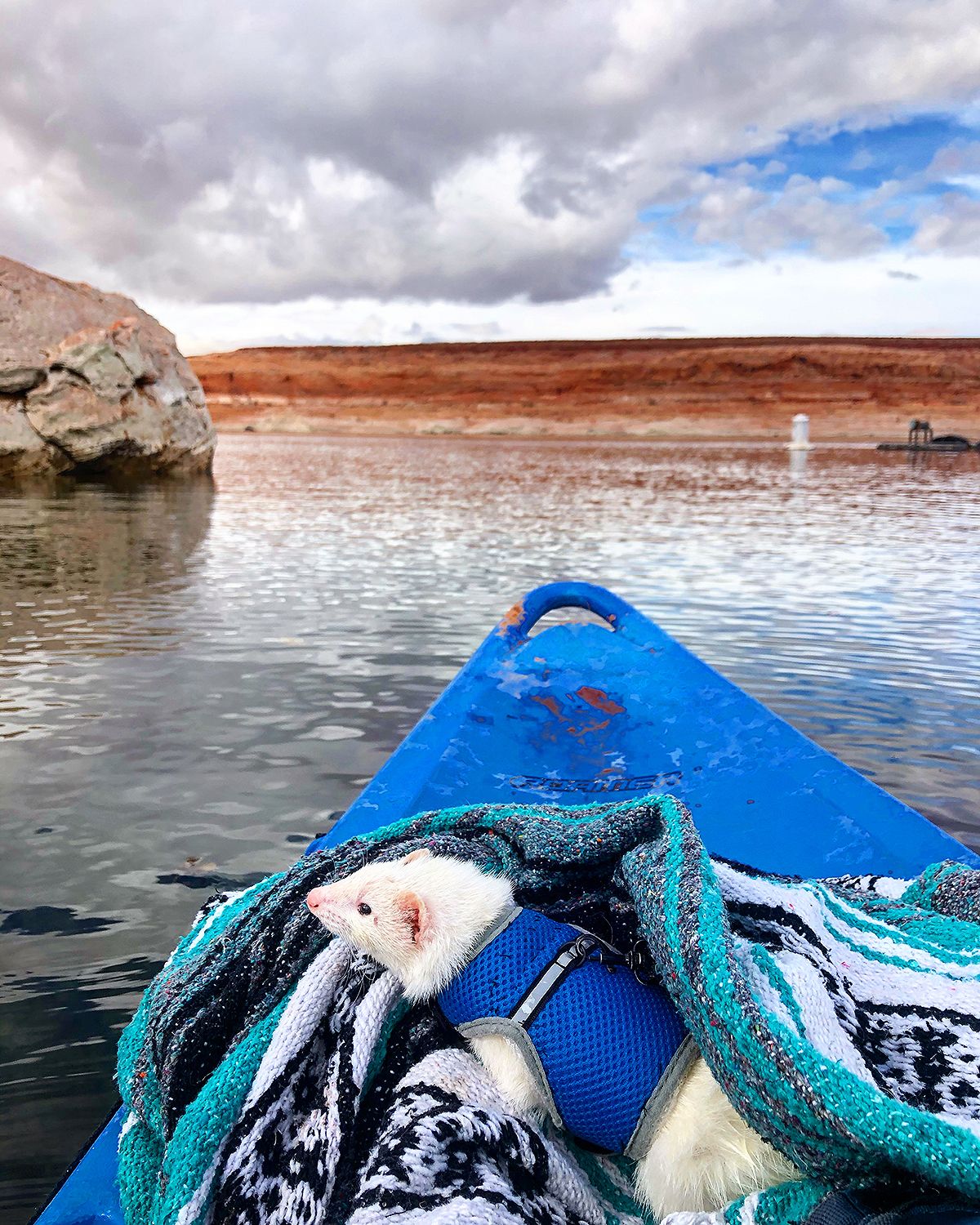 The pair began to walk around local parks before building up to hikes and trails near their Colorado home. Oliver, once reluctant to explore, had become a true outdoorsman. The 4-year-old ferret now enjoys climbing mountains, riding kayaks, and frolicking in the desert sand. Smith keeps him on a leash, but she'll carry him if the hike is too long or the weather is too hot.

"He loves smelling the different plants and rubbing in his face in the grass," she said.