This Army Vet Had His Old Rolex Appraised, Ends Up Getting The Shock Of His Life

Back in the 60s, the former soldier saw it fit to treat himself to a 1960 Master Rolex while stationed in Germany. He ended up paying a meager $120 for it, which would be roughly around $900 today, give or take.

He then rocked up to the Antiques Roadshow, hoping that it would not be worth at least $1500, but what the expert appraiser told the army veteran had him at a loss for words. 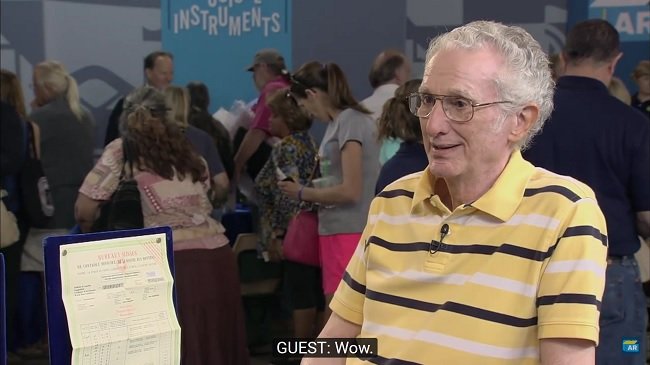 Apparently, the watch was incredibly rare and was now worth more than double the amount he’d paid for it over half a century ago.

The man was completely stunned by what the appraiser said and just stared in awe at the little gold-mine that he’d apparently been hoarding all this time.

Be sure to watch the video below to see him discovering his watch’s incredible value:

Although the watch alone would’ve easily snagged tens of thousands, its current worth just went way up as the army veteran also kept the original paperwork, receipt, box and bracelet.