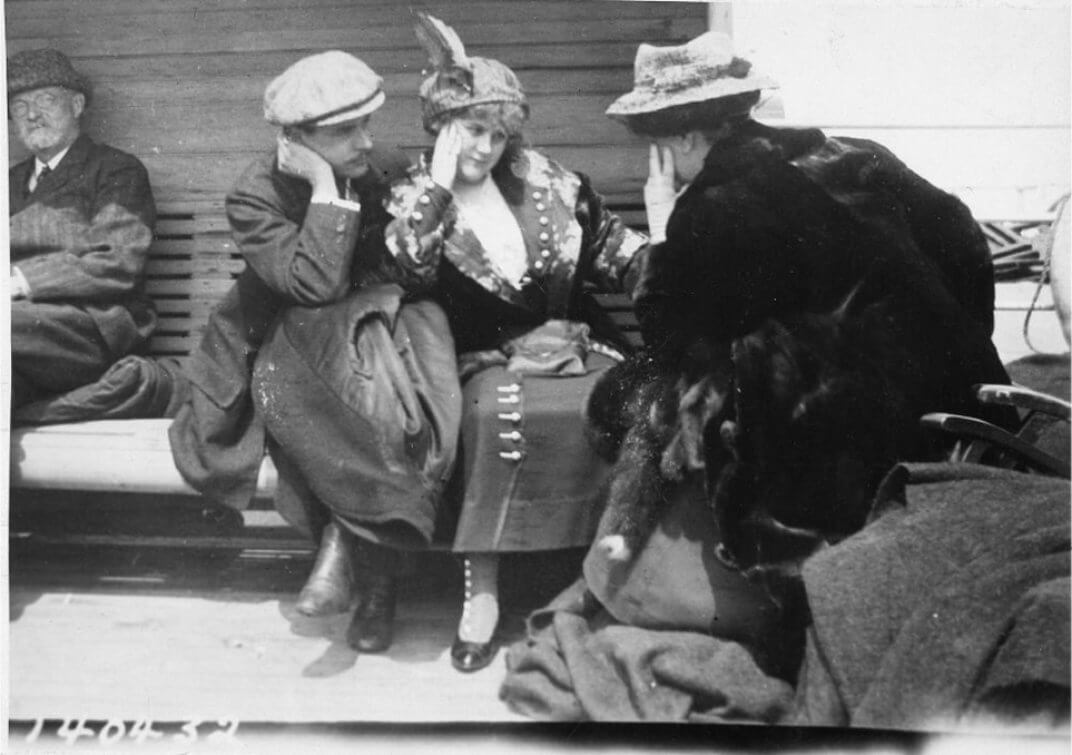 This image features Mr. & Mrs. George A. Harder, who were aboard Titanic for a honeymoon trip. The photographer, Bernie Palmer, sold the rights to this picture and others for a mere $10 not realizing they’d be worth much more money in years to come. The woman facing away from the camera survived the shipwreck but her husband unfortunately died.

#4.Â Construction of the Titanic 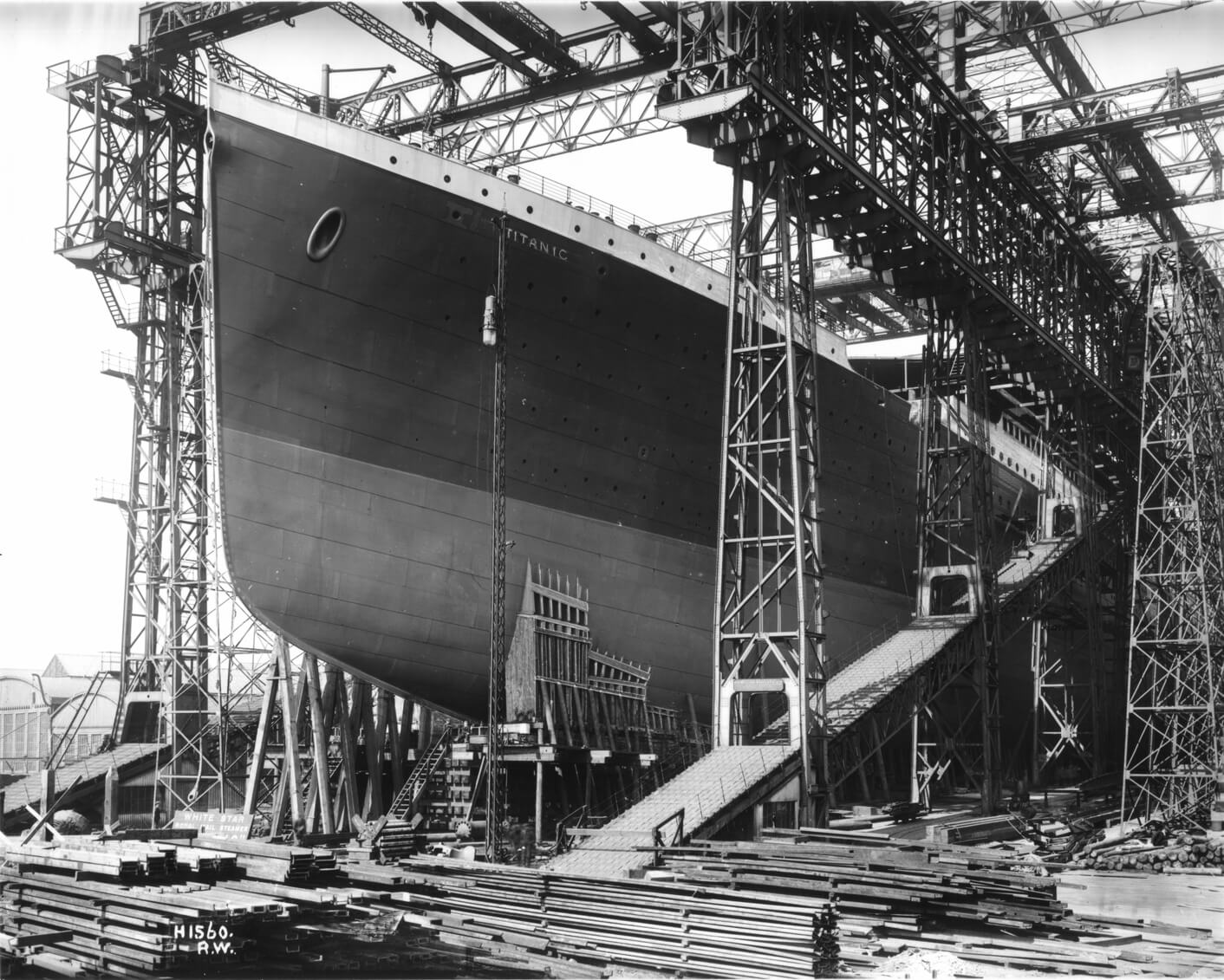 Since Titanic and her sister ship Olympic were to be the largest ever created, there were no slipways in existence to accommodate the construction. In order to move forward they first had to build a giant slipway, dubbed the “Great Gantry,” which alone cost close to $150,000 at the time.