The Simpsons Delay 2020's "Treehouse of Horror" Episode Until November

Don't worry, The Simpsons aren't making us wait long. Instead of releasing the annual "Treehouse of Horror" special on Halloween night, they're pushing it back to November 1. This isn't the first time there's been a change in schedule, though. Episodes XI-XIX all aired in November in previous years. However, this year seems to be affecting viewers a little more because it falls just two days before the election. This year's episode is packed with politics, and the trailer featured several reasons not to vote for Donald Trump. The show is known for calling out social issues pretty bluntly, and this won't be the first or last time the Trump administration takes a hit. Politics aren't the forefront of the episode, though. This year, the animators took the 3-D route, something they haven't done since "Treehouse of Horror VI." 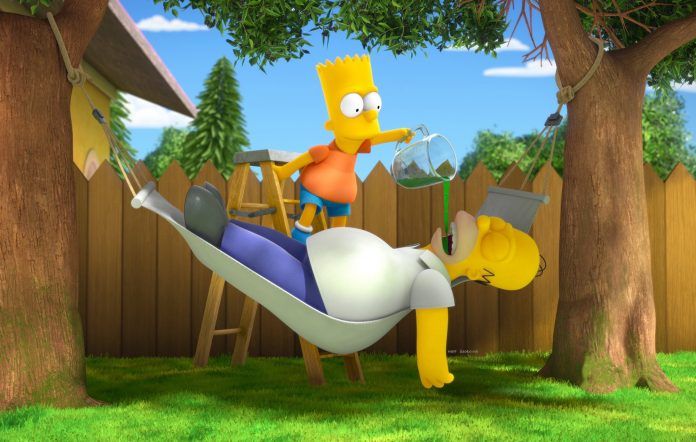 The Simpsons is currently streaming on Disney+, so if you don't have any Halloween plans or need a pick-me-up before the election, get into your spookiest costume and stay in with "Treehouse of Horror XXXI."