The "Peloton Wife" Is Speaking Out, Saying Her Face Was The Problem In The Infamous Ad

The actress who played the wife in the widely-criticized Peloton holiday commercial reluctantly - albeit with good spirits - took the blame for the ad falling short, saying it was her "worried" facial expressions that caused the problem.

Monica Ruiz spoke out Thursday in her first television interview since the ad went viral and caused Peloton's stock to take a downward plunge.

"Honestly, I think it was just my face. It was my fault. My eyebrows looked worried, I guess. People were like, 'She looked scared,'" the actor said, laughing. 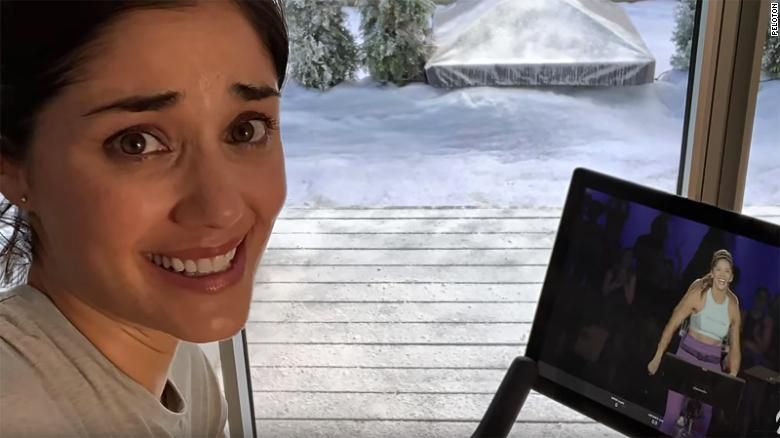 “It was my face that was my problem,” Monica Ruiz, actress in viral Peloton ad, jokes about why the commercial went viral and explains why she wanted to share her story pic.twitter.com/KdqrcYO7bS

Hoping the ad would blow over so she wouldn't have to issue a formal statement, her wishes were not granted. She decided to come forward after "people started answering for me" and when she saw some of her old interviews being used in articles.

Ruiz, who is a mom of two, told Today that she hopes people can see her as an actor who does movies and commercials.

"I hope people can remember that I'm not actually the 'Peloton lady' and let me work other jobs," she said.

Thankfully, she did land another gig: Ryan Reynold's Aviation Gin brand hired her for a commercial that subtly pokes fun at Peloton.