Nathan Apodaca, who goes by the TikTok username @420dogface208, became something of an overnight sensation after a video of his went viral. He posted a clip of himself skateboarding and drinking from a big bottle of Ocean Spray cranberry juice while mouthing the words to Fleetwood Mac's "Dreams." If that isn't the definition of true bliss I don't know what is.

Since then, the video has millions of views, and Fleetwood Mac is back on the top 100 charts for the first time in a while. Even Stevie Nicks posted a response video, and Ocean Spray gave him a generous gift of a brand new truck and gallons of Cranberry Juice. The 37-year-old has been making TikTok videos for months, but none of them picked up quite as much traction as "Dreams" did. 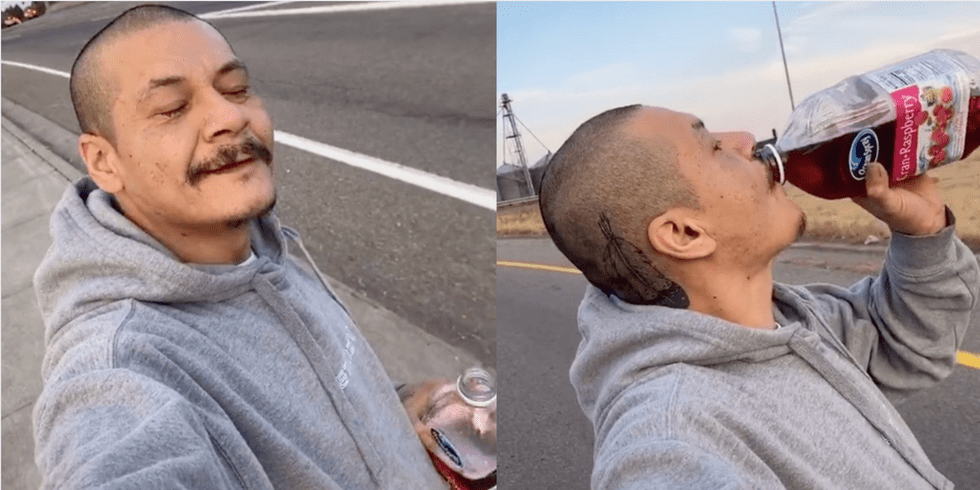 In an interview with Insider, Apodaca said, "I can pay my phone bill on time, and with the donations I was blessed with, that's helping me get a down payment for a house and my lady has a savings that she's been saving for over 20 years, so she's throwing that in too. Hopefully I'll be getting into a house pretty soon."