The Allure of Sin City: Never-Before-Seen Photos of the Glory Days of Las Vegas 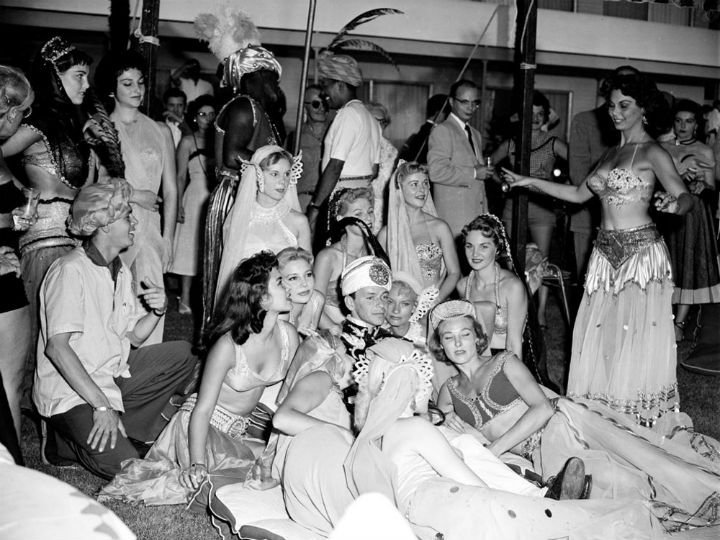 Before Britney and Celine hit the strip, Vegas shows were dominated by maleÂ crooners like Frank Sinatra and others from the Rat Pack. Pictured here, in a photo fromÂ 1955Â taken at the Dunes Hotel, the Sultan of SwoonÂ is surrounded by a harem ofÂ Vegas beauties, and beauties were a common sight to behold in Sin City…

Behind the Scenes with the Bluebell Girls 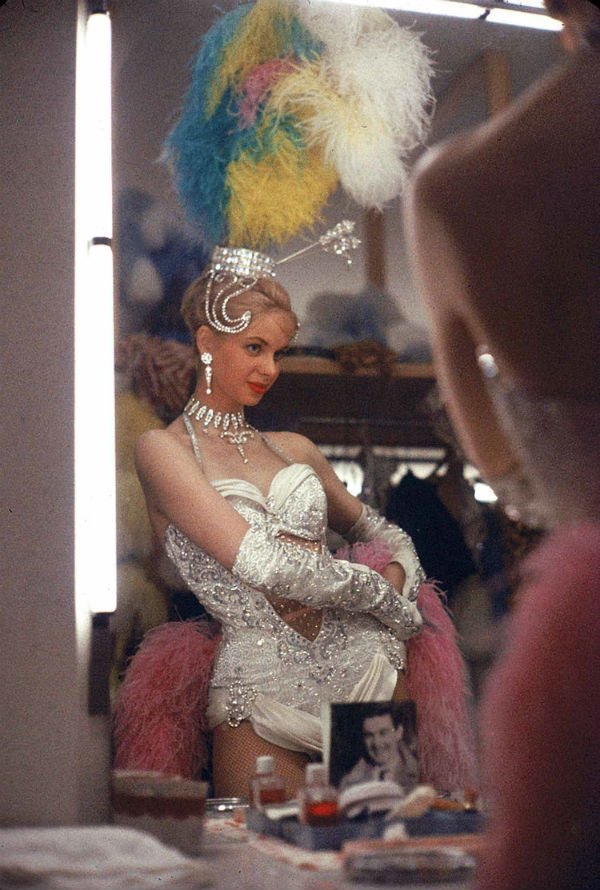 This backstage glimpse of one of the Bluebell Girls was taken in 1958. In a matter of minutes, she would appear before a crowded audience and give them the show of a lifetime with her fellow Bluebell Girls.