Teenagers Give Homeless Man a Blanket for the Night

Millenials have gotten a bad rap in recent years. When they enter the news, it is often about how out of touch and selfish they are, especially when it comes to helping other people, and seeing things from a different perspective. But these three teenagers in Poland are trying to break the stereotype and give their generation some much needed good publicity. 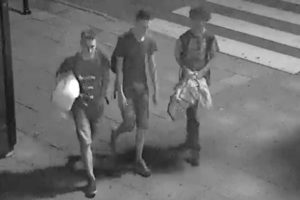 The three teenagers were from Nysa, Poland. They were caught on a CCTV camera placing a blanket over a homeless man, who was sleeping on a bench. They even had the decency to tuck him in. It seems the three young men were approached by the homeless man earlier in the day asking for help to find a bed for the cold night. Later that night, the three boys returned to the same spot where the man was now asleep. They placed the two layers of blankets over him and made sure that he was warm. Nights in Poland can be very cold, especially during this time of the year. It will only get colder in the months of November and December. They could very well have saved his life. 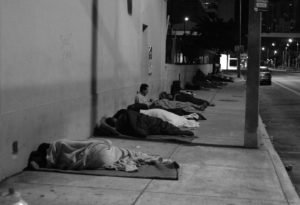 “We took the quilt for this gentleman. We hugged him,” said Szymon, one of the generous teenagers, in an interview. The Mayor of Nysa, Kordian Kolbiarz, commended the boys for their actions and their generosity. He said that what they did was a big gesture and that he bows down to them in gratitude. The mayor also reiterated how the world needs selfless gestures like these, and that people could learn from the actions of these teenagers.