After releasing her eighth studio album, Folklore, back in July, the singer has revealed that the tracklisting didn't end there and that she and co-writers Jack Antonoff and Aaron Dessner have an entire backlog of songs set for Folklore's companion, Evermore. The album drops at midnight on December 10th, along with a video for "Willow," the opening track. In a statement, Swift explained the rationale behind surprise-releasing the album. "To put it plainly, we just couldn’t stop writing songs," Swift wrote on Twitter. "To try and put it more poetically, it feels like we were standing on the edge of the folklorian woods and had a choice: to turn and go back or to travel further into the forest of this music. We chose to wander deeper in. I’ve never done this before. In the past, I’ve always treated albums as one-off eras and moved onto planning the next one after an album was released. There was something different with folklore. In making it, I felt less like I was departing and more like I was returning." 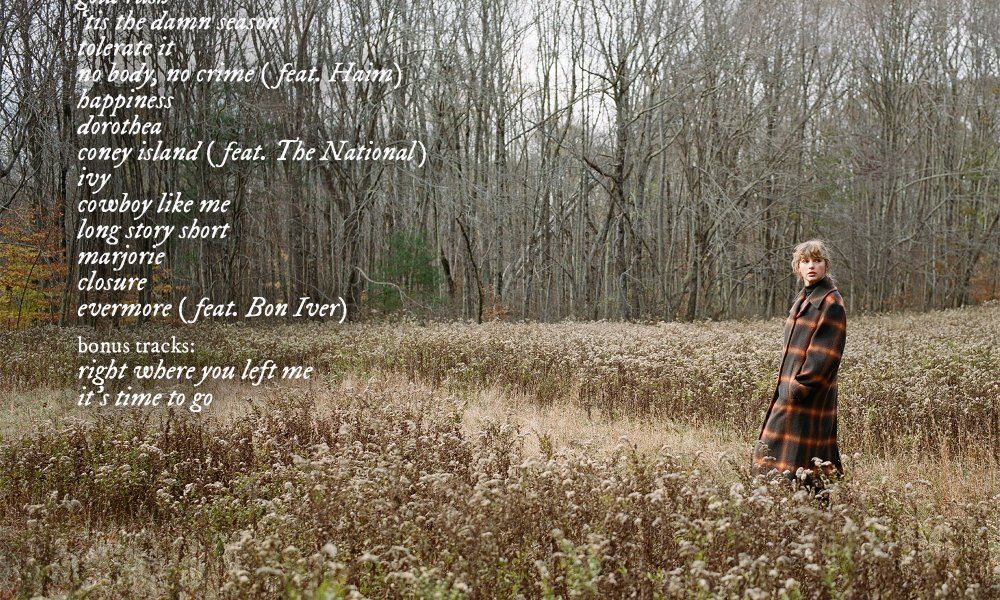 A documentary about the making of Folklore was just released on Disney+, and Swift said "I loved the ways you welcomed the dreamscapes and tragedies and epic tales of love lost and found into your lives. So I just kept writing them."