Frying eggs are one of the most basic things to do in the kitchen. But most cooks and chefs will tell you that it is one of the most difficult things to master. Some would even say that cooking the perfect egg is a form of art. But for this student, he really takes egg frying as an art seriously because he transforms fried eggs into literal works of art and posts them on his Instagram account. 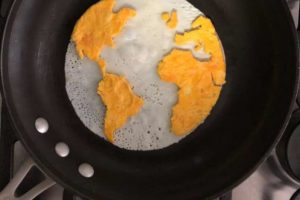 20-year old medical student Michelle Baldini from Mexico owns an Instagram account where he posts his works of art made entire from fried eggs. There are several posts on the social media site about breakfast foods but only Baldini can boast such intricate and artful egg artwork pieces. Baldini uses the same background for all his works, a black frying pan, and uses the colors of a fried egg, namely white and yellow. 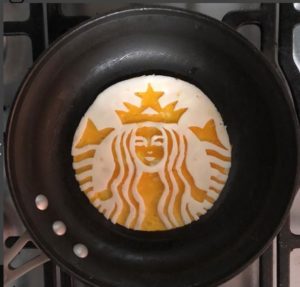 His favorite medium of fried eggs has not limited him to the art works that he has created, and some of the most incredible images are formed by using the eggs on the pan. According to Baldini, the idea started when he started to fry an egg in an image of a simple Yin and Yang symbol. Since then, he has expanded into more intricate works of art. Although the works of art are sometimes too beautiful to eat, he has said that nothing goes to waste and he eats all the eggs he creates. He has also experimented with other foods to make art with but so far his favorite has been eggs.