Kyle Emanuel officially announced his retirement from the NFL in a statement released on Twitter. Emanuel, a former linebacker for the Chargers and a pending free agent, began his career with a bang. His first ever game recorded a sack and interception, and his tenure with the NFL was then ended with a moment equally as poignant.

Itâ€™s been a good run, my retirement statement pic.twitter.com/kYyhz0XzUe

In Emanuel’s last ever game, he grabbed a loose ball and made it a whopping 18 yards to score a touchdown. The 6’3″, 250-pound linebacker appeared in 63 games for the Chargers with 32 starts. Now, at the end of his career, Emanuel’s stats total 143 tackles, 14.5 tackles for loss, 6 passes defensed, 4.0 sacks, two interceptions, two fumble recoveries, and one forced fumble. 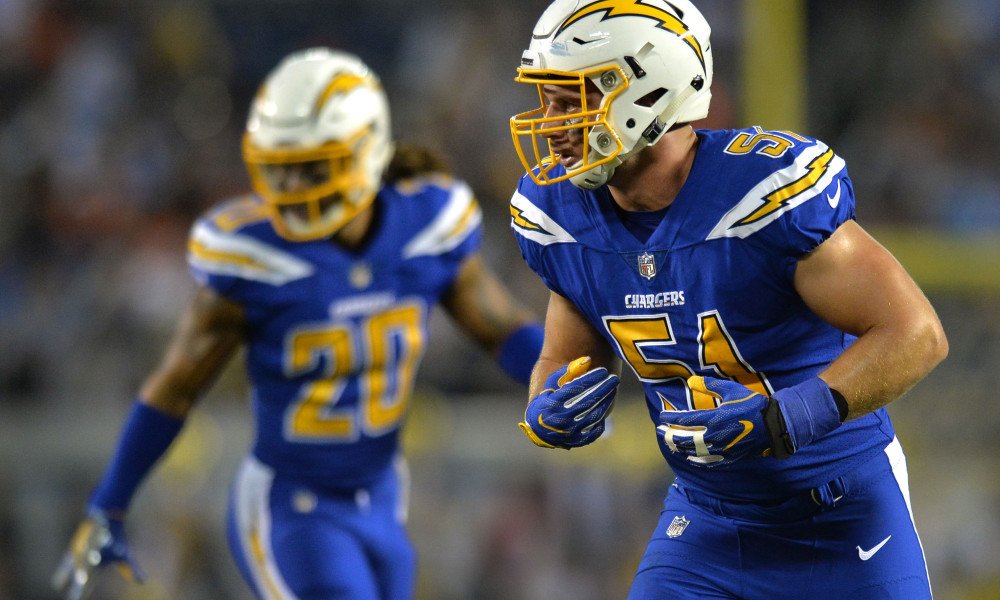 The 27-year-old appeared in each of the Chargers’ 16 games in 2018, finishing his career with 27 tackles, three tackles for loss, one sack and a fumble recovery for touchdown.