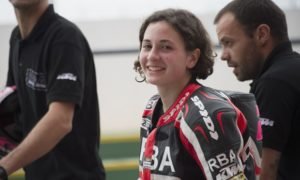 Carrasco started riding motorcycles since she was three years old. She debuted in the international racing circuit as a 16-year old rookie. She currently rides a Kawasaki Ninja 300. She was the first female rider to score points in the Moto3 World Championship, during the 2013 Malaysian Grand Prix. She is also the first female rider to score points in any class since 2001. After joining the European Moto2 series in 2016, she moved to World Supersport 300, which is a lower-tier series that was formed this season to provide more opportunities to other riders. 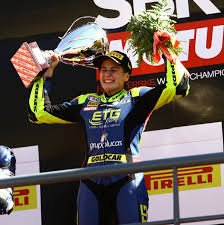 “I am very happy about this result,” Carrasco said. “I want to share it with all my team. We have worked very hard and we have been making progress in each race.” Carrasco found a draft on the final stretch of the race to overtake Alfonoso and Marc Garcia of Yamaha. She beat both riders by 0.053 seconds and .062 seconds respectively. It was one of the closes races in Carrasco’s short career.