Snickerdoodle McFlurrys Are Coming to McDonald's

McFlurrys have been a staple to the restaurant's menu forever, and unlike places like Dairy Queen, which introduces a new Blizzard of the Month, every month, the McFlurry almost never changes things up. This winter, though, the Golden Arches is gifting sweet tooths with a special seasonal flavor, available for a limited time and at first, exclusive to UberEats. 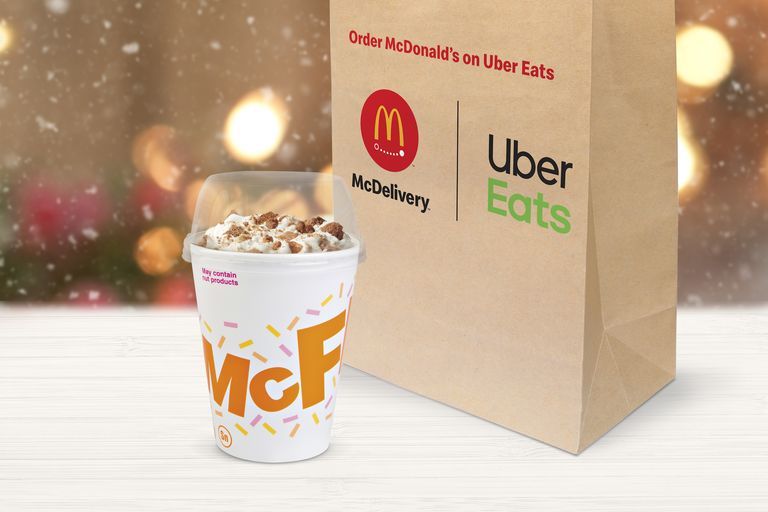 The treat itself is simple: vanilla soft serve mixed with crumbles of crunchy cinnamon cookies. It's the perfect mix of holiday flavor without going overboard in any one direction...just a nice, sweet cookie mixed into your ice cream. Some Southern California McDonald's locations tested the flavor this summer, with one YouTuber who tried the McFlurry giving it a rave review.

This is McDonald's first holiday McFlurry in seven years. Back in 2012, the fast-food chain offered a Holiday Mint McFlurry made with soft serve, peppermint candy, and mint syrup. In 2017, they served a limited-edition seasonal Rolo McFlurry for a few months during summer that had last appeared on menus in 2012. More recently, a Stroopwafel McFlurry from the Netherlands was on menus for a limited time. 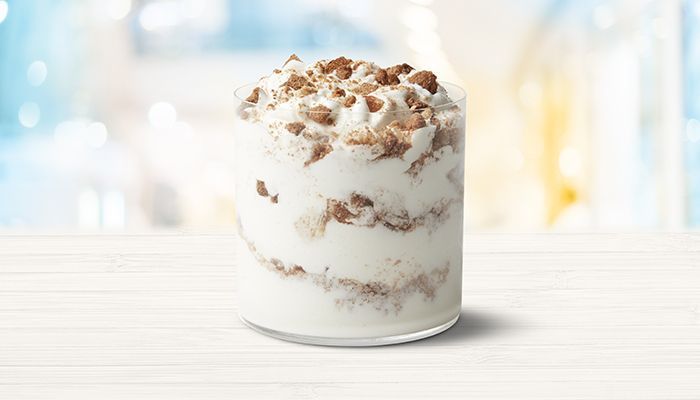 Between the Snickerdoodle McFlurry, Snickerdoodle Cookie Dough Blizzard, and Cinnamon Kit-Kats, there's no shortage of cinnamon snacks to enjoy this season.