This museum in Japan has two unlikely intruders: An orange cat and his partner in crime, a black cat. The two showed up two years ago and have been trying to sneak into this museum ever since!

Every day, multiple times a day, the security guard on duty has to put on gloves to combat the cats from entering the sliding doors. 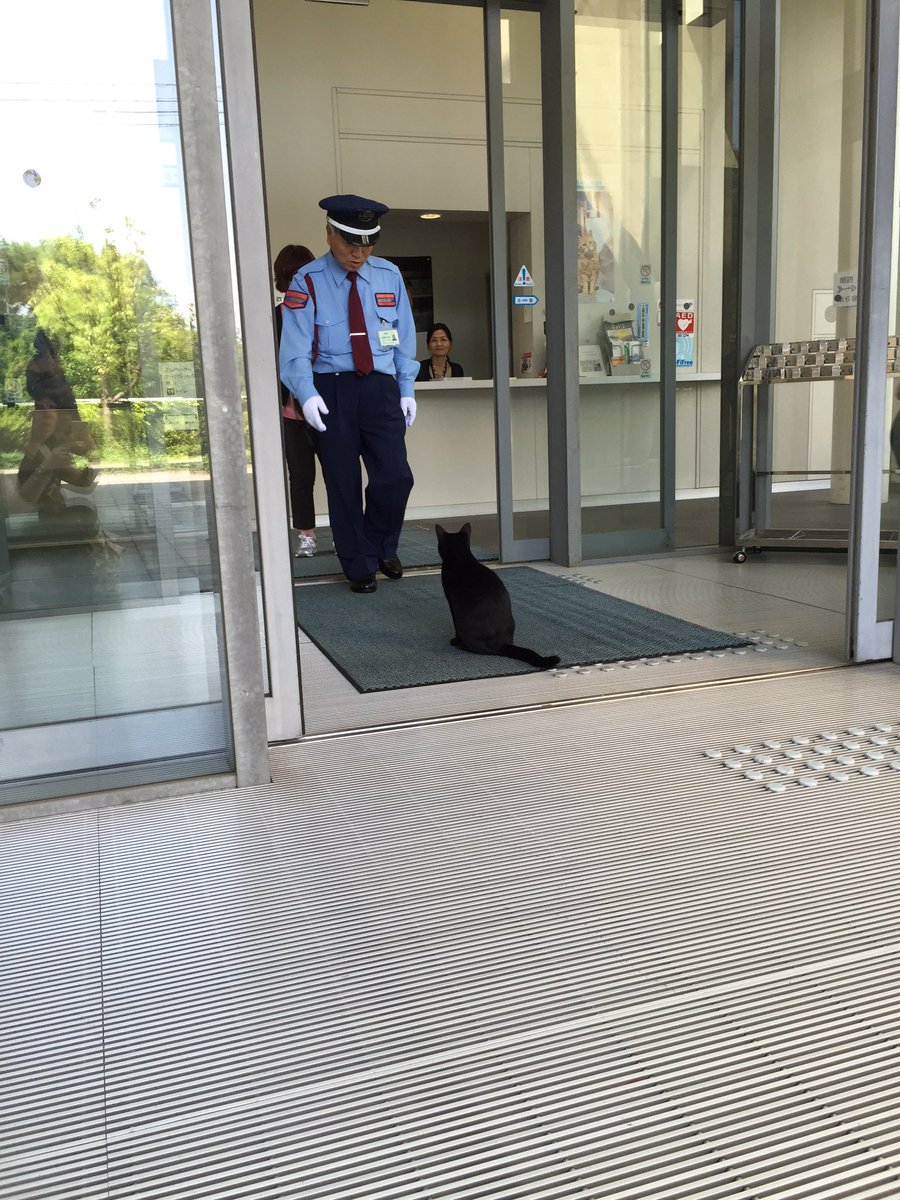 At this point, they probably put ‘cat security’ in the job description! No one knows where the sneaky duo came from or why they so badly want to get into the museum.

The security guard takes extra care with the kitties and patiently waits for them to tire of the game.

A museum in Japan spends most of its day refusing entry to 2 cats trying to get in @bijutsu1 pic.twitter.com/WK4M3Y51hc

So far, they have not successfully gained access to the treasures that lie within the walls. Maybe one day!