For more than 40 years, October Books has been an important part of Southampton, England. The small independent bookshop and cooperative was found in the main street of the city. They recently announced that they would be leaving their space because they could no longer afford the rent. The local community helped in purchasing the property, but they also helped with the actual move. 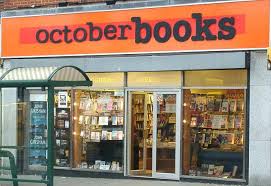 The community was able to raise more than $500,000 to purchase the new space. But there was one last obstacle. They didn’t know how to move thousands of books from one location to another. Then someone had an idea of forming a human chain and passing the books from one person to another until all the books were moved. The two locations were only a little over 500 feet apart.

“We wanted to do something everybody could get involved in,” said Clare Diaper, a co-op member, “The idea of the human chain really came about because it didn’t need people to be physically fit or really strong. Anybody from young children to pensioners could get involved. That’s certainly the community that turned out.” 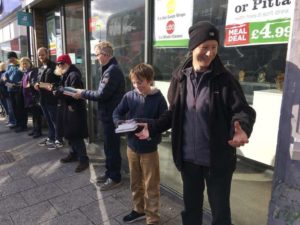 For weeks the bookstore handed out fliers asking for help. On the day of the move more than 200 volunteers showed up to help move the books. They all line up along the road, almost shoulder to should, and formed a human chain from the old bookstore to the new location. They moved more than 2,000 books in an hour.

“THAT is community, friends,” the bookstore’s volunteers posted on social media afterward.