“Nerves all a wonderful jumble,” lead actress Sarah Jessica Parker said of the classic show's revival. She's set to reclaim her role as Carrie Bradshaw in the new series, "And Just Like That..." The show also stars Cynthia Nixon as Miranda Hobbes and Kristin Davis as Charlotte York. While there was some speculation, Mr. Big will indeed be back on the show, but Kim Cattrall will not be back as Samantha Jones. That one didn't come as a surprise considering there have been rumors of a feud between Cattrall and Parker, but SJP quickly squashed that. Cattrall doesn't feel she has a place in a reboot series, but the show must go on. 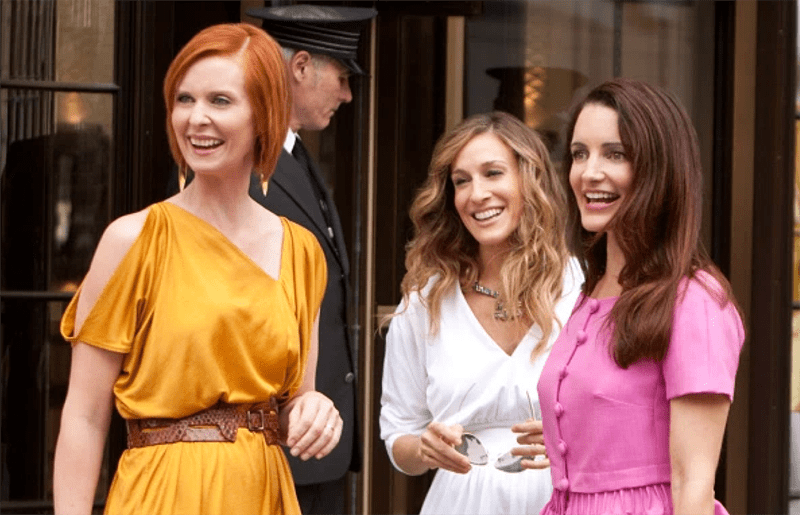 "Everyone at 'And Just Like That…' is thrilled to be able to continue the storylines of these beloved Sex and the City characters with the actors who made them so lovable," Executive Producer Michael Patrick King said. Along with the core cast and their respective partners, ensemble cast members Willie Garson, who played Stanford Blatch, and Mario Cantone who played Anthony Marentino, will also be returning. The series ended in 2004, and then was followed by two movies, the last of which was released in 2010.

On Kim Cattrall's absence, author Candace Bushnell said, "Kim is a grown woman. She is 64 and she's made a decision that I'm sure she has 10 very good reasons for and I respect her for that," she revealed back in January. "I also think it will be interesting. But I also know there's a lot of interesting characters like [Cynthia's] Miranda. We are all Mirandas. Miranda is an interesting character - but I don't know what they're gonna do. Kim should be happy - and I think she is happy. I think that her character Samantha is always going to be an inspiration to them. So somehow, I imagine she'll be there in spirit and as an inspiration that gives them a chance of exploring sexuality with different characters."