The Amish community is largely concentrated in Pennsylvania, Ohio, Indiana, and parts of Canada. They generally keep to themselves and shun most modern comforts that many of us couldnâ€™t live without.

Some of their behaviors, though, are pretty shocking. Here, we’ve compiled the lesser-known facts about the Amish. We begin with the obvious and move onto the more scandalousâ€”hint: the younger generations arenâ€™t exactly staying â€œbuttoned upâ€ like the elder generations…

No Electricity or Tech 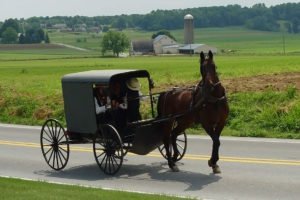 Perhaps the most well-known tenet of Amish life is the shunning of technology and other modern comforts. This lifestyle is governed by a philosophical and religious belief calledÂ Gelassenheit,Â which means â€œletting be.â€ The Amish believe that the world should be left as God had originally created it. 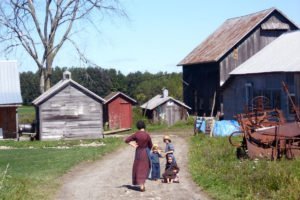 The Amish are Anabaptistâ€”part of a Christian sub-sect whose members practice â€œbelieverâ€™s baptism.â€ Once old enough to independently state their faith, they can then become full members of their church, usually occurring between ages 16 and 24.Â  You might be surprised by what happens as an Amish teenager grows up, thoughâ€¦