There’s nothing quite like a trip to the movies. You grab your popcorn and candy and take a seat, ready to totallyÂ suspendÂ your disbelief for a solid two hours. Movies can change the way we think, change our perspectives, and make us accept the previously unacceptable. With such power, “comes great responsibility.”

Our most favorite films are cult classics, action movies, fantasy flicks, and the scariest of horror films, and regardless of how many times we watch them, we are able to fall back into the world they create time and time again. But what if we saw behind the scenes? Would we still believe them?

We’ll let you decide. The following is a collection of some shocking behind-the-scenes photos from some of the most iconic films of all time… 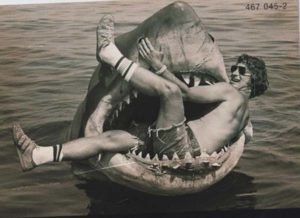 The 1975 American thriller film directed by Steven Spielberg, based on Peter Benchley’s 1974 novel, $470.7 million at the box offices, blowing former records out of the water. In the film, beachgoers are attacked by a giant man-eating great white shark. Luckily for Steven, Jaws didn’t appear to be very hungry on this day.

The Empire Strikes Back 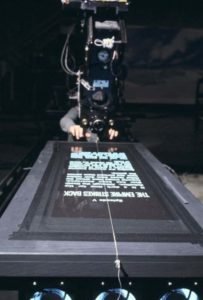 Premiering in 1980, The Empire Strikes Back, along with all of the other Star Wars films, was known for the crawling text that appeared at the start of each film. Seen here, this part of the film was actually done up, close, and personal rather than somewhere out in space.