This hilariously honest ad has the Internet in tears of laughter. The Mitchell County Animal Rescue in Spruce Pine, North Carolina started trending after they shared a special listing for a less-than friendly cat, Perdita:

“She’s single and ready to be socially awkward with a socially awkward human who understands personal space,” the shelter wrote in her listing. They also said she dislikes interacting with kittens, dogs, children, and hates being hugged by humans. To each their own, I guess! 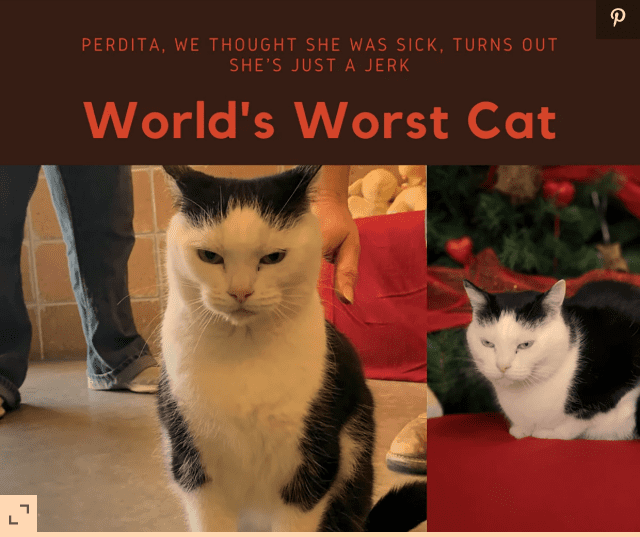 Despite her feisty personality, she is house-trained, spayed, and up to date on all her shots. She came to the shelter after her previous owner died, and the rescue hopes she'll go to a new home without any other pets or children.

A spokesperson for the shelter, Brittany Taylor, said she's earned the (joke) title of "World's Worst Cat" because she likes to "troll people for attention."

"She pretends she wants you to pet her and love her and as soon as you pick her up, she starts growling. She'll swat at you. She's just all-out awful," Taylor said.