Earlier this week, proud mother Serena Williams shared pictures of her daughter on social media. The baby girl is two weeks old. According to Williams, they left the hospital after around six or seven days of recovery and were back in their home. Williams said that there were a lot of complications during labor, but in the end they had a healthy bouncing baby girl. 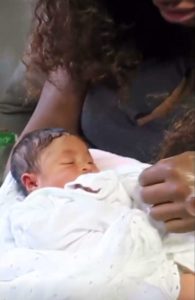 The 35-year old tennis champion had her first child with fiancÃ© 34-year old Alexis Ohanian. They were checked in at St, Mary’s Medical Center in West Palm Beach last Friday. The baby was born weighing 6 pounds and 13 ounces. Serena Williams inadvertently revealed on social media that she was expecting a baby last year. This also revealed that she was 8 weeks pregnant when she won the Australian Open. Â Ohanian is the co-founder of the popular forum website Reddit. 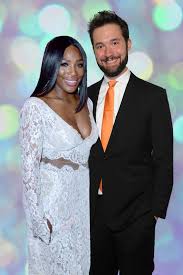 “Serena won the Australian Open while pregnant. And she remarked that she feels like it has to be a girl because everything that that baby went through and handled like a champ, only a woman could be strong enough to take on,” said Ohanian on a late-night talk show. Serena Williams announced in April that she would be taking a hiatus from competitive tennis to focus on her pregnancy. Serena Williams is considered to be one of the best women’s tennis players of all time. She holds the record for the most singles majors with 23 and has 39 Grand Slam titles (14 in women’s doubles, 2 in mixed doubles).