Every day, the Meade Elementary school cafeteria is full of students who are clamoring to get some breakfast. The cafeteria has to cater to hundreds of students each day, but it is especially busy on Wednesdays when the cafeteria is short-staffed. But the cafeteria got some serious back up, when none other than the principal of the school threw on a hairnet, gloves, and an apron and helped in serving the children their meals. 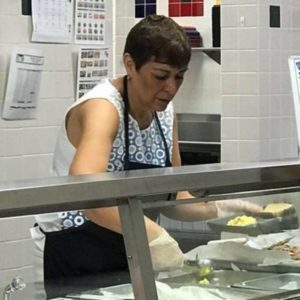 Aside from being a short staffed day, there were also several employees that were on sick leave, so the cafeteria was really going to be short handed. There would be three lines of kids that would turn into a big one, and breakfast time would need a lot of hands to help out. That’s when Principal Annette Lopez decided to help out on the cafeteria line. She knew that out of the 750 students that went to her school, at least 400 of them would be in the cafeteria that day. In fact, the cafeteria receives the most students in the district. 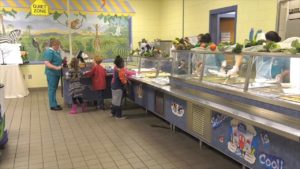 “When you serve that many students, there is no way that one line is just going to do it,” Lopez told local media, “I loved it and the kids had fun, one of the kids said, ‘Hey, I know you,’ and I said, ‘Yes, I’m the principal.'” Despite being the highest authority in the school, Lopez did not fee she was too high to help when needed. She even thought it was her duty to be there for the cafeteria.

“The kids loved it. They were like, ‘Ms. Lopez, I didn’t know you were a cafeteria lady, too.’ And so I kept telling them, ‘You know, principals do whatever it takes,'” Lopez said. “It got around to the teachers, and that’s when they started taking pictures.”